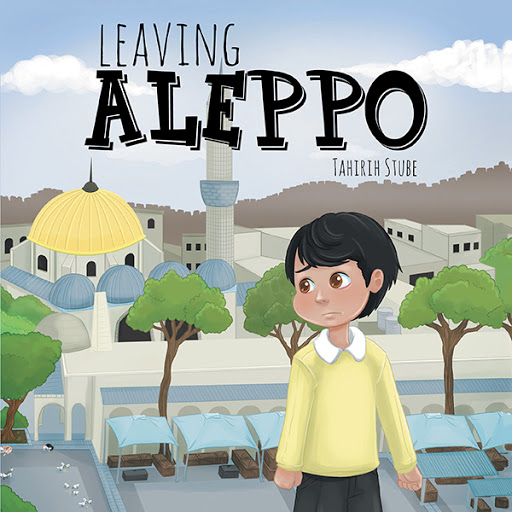 Aleppo is one of the oldest cities in the world, and before the war it was full of life and colour. Leaving Aleppo was written as an effort to bring about awareness and contribute to international efforts that aid Syrian children and their families.

Habib is a nine-year-old boy who loves his family and his home in the city of Aleppo, Syria. However, Habib has not lived at home for the past two years. The war took everything away and made everything unsafe. Habib and his family began their long journey out of the city to Beirut, Lebanon, where Habib’s parents hoped they would be safe. However, a tragedy occurred along the way, changing their lives forever. And once they arrived, they realized they are strangers in a new land, with no money, no friends, and no school. Habib wonders if he will ever again be able to go home and live life as a happy child.

The remarkable strength and hope for healing, peace, and a new life that Habib displays, is inspiring and can encourage children to be more compassionate towards others.

Tahirih Stube is a teacher and writer with an interest in educating children about ongoing global issues. She believes that picture books are a powerful way to inform young audiences about challenging subject matter and foster empathy across national borders. Leaving Aleppo was inspired by an article Stube read about the hardships experienced by children as a result of the Syrian War. Her goal for this book is to bring about awareness and a better understanding of what these children are going through. She plans to contribute any revenue from the sales of Leaving Aleppo to MRSCL for their great work abroad.