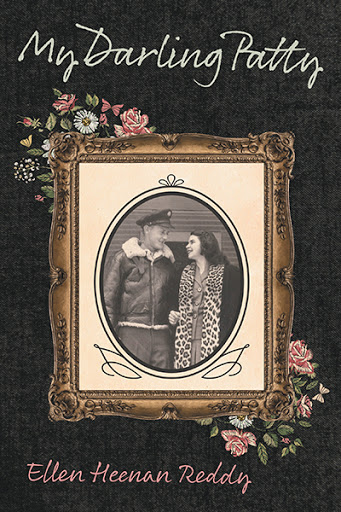 After her mother suffered a stroke, Ellen Heenan Reddy hastily packed her mother’s belongings and moved her from Michigan into Ellen’s Wisconsin home. Among those rapidly gathered items was a simple bag from Target found at the back of an over-stuffed closet. Years later, long after her mother’s

Alzheimer’s had progressed to the point where she required professional care, Ellen opened the bag and discovered hundreds of letters from her father to her mother. The letters tell the story of her parents as they met, courted, and survived the years of sacrifice and anguish that the country endured during World War II. Within these letters, the author learned stories of her parents she had never fully known and discovered inroads to understanding her mother, a woman she had largely seen as a mother in nomenclature only. Her mother had been the sort of woman who played the role once a year for the holidays and was otherwise absent—absorbed in her beach time, wine, travel, and living the life of a gadabout.

My Darling Patty is a fascinating hybrid text that shares the unedited, discovered letters of her father alongside Ellen’s imagined responses from her mother. What emerges from this intriguing mix of documents and imagined extensions is a fascinating family portrait spanning three generations during some of America’s most defining history. The text that emerges also offers a mechanism for healing relationships long misunderstood.

At an early age, Ellen’s father taught her the now archaic art of letter writing, as he continued to write to his family on a daily basis whenever they were apart. She earned an undergraduate degree from Michigan State University and a Master’s degree from Purdue University.

She is a certified Master Gardener, and in addition to her own gardens, she maintains the landscaping for several private residences and a nine-hole golf course in her hometown of LaGrange, Wisconsin where she lives with her husband, Dave, and her dog, Ike. She and Dave have two adult daughters and a one-year-old grandson. She is currently working on her next project entitled Letters to my Grandchild.