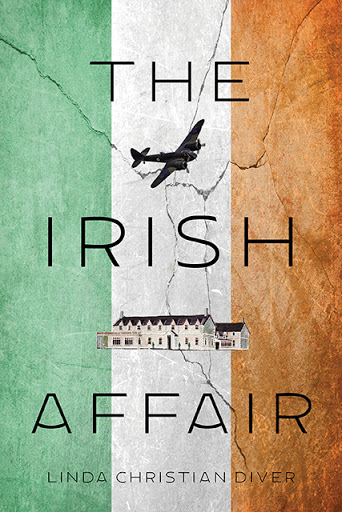 With the terrifying and seemingly inevitable war between Britain, France and Germany looming like storm clouds on the horizon, Scottish architect Lawrence McKellan uproots his Edinburgh household and moves his wife, two children, and brother to the safety of Ireland’s controversial neutrality. He purchases properties in the rural setting of County Mayo, and sets his wife, Helen, up as a hotelier and his brother, Harry, as a gentleman farmer. While somewhat jarred by Lawrence’s compulsory resettlement, the family adjust quickly to the beauty of their surroundings and the charm and culture of the Irish people. Unfortunately, even Ireland’s verdant countryside is marred by shades of grey. And, when Lawrence joins British Intelligence, a shroud of secrecy soon entangles him leaving Helen to battle inner turmoil and Harry to pursue his own agenda with severe consequences.

Cooper O’Neil is Irish through and through. When he was only a child, his Catholic father—an ardent IRA supporter—was brutally killed for his beliefs and his sister, Sophie, was marred for life in an ambush by a group of Protestant schoolgirls. The British had been a thorn in the side of Ireland for generations, causing Cooper more anguish by the time he reaches his teens than most people face in a lifetime. Now a hardened man with a steely determination to scrape British shite from Ireland’s weathered boots, Cooper has more power than a man of his nature should probably yield. Shaped by his past, Cooper takes his pain and anger and sharpens them into a thorn of his own.

When temptation and ambition pair with distance and deceit, the innocent and guilty are both driven to acts they never thought possible and consequences they never imagined.

Born in Dublin, Ireland, Linda Christian Diver’s early years strongly parallel those of her protagonist’s youngest child. Linda lived in a family hotel that was managed by her mother, while her father was away serving in the British Admiralty and then MI5 during WWII. Her uncle managed a farm nearby. Although her personal story took her from Ireland at the age of seven, those early days were the inspiration for this story and gifted her with the opportunity to submerge herself once more in Irish history, culture, and cuisine.

The Irish Affair has been nominated by our staff as one of their favorite books.