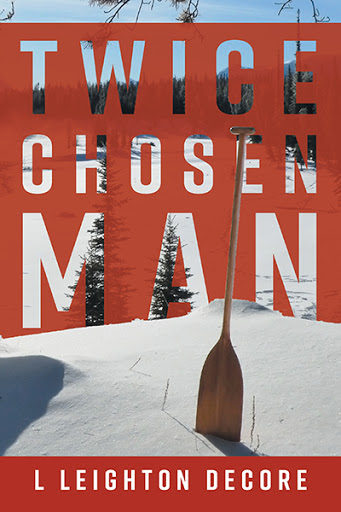 The year is 1810, and a small group of French-Canadian voyageurs, fur trade men, are canoeing the largely uncharted waters of western Canada in a rush to reach the mouth of the Columbia River. As if traveling treacherous waters, crossing unmapped mountain passes, enduring harsh winters, and surviving among bears and wolves and encounters with unfamiliar indigenous tribes weren’t challenging enough, they likely have a thief in their midst and expect to become the target of an assassination attempt. The men, accompanied by a new British arrival and two Iroquois warriors, work at the behest of their beloved comrade, David Thompson, the famed British-Canadian fur trapper, mapmaker, and explorer.

Unbeknownst to them, the stranger in their midst proves to be one William Ashford, a Captain of the 95th Regiment of foot and one of the 'Chosen Men’ of British riflemen. What they don’t know yet is that Ashford, an expert marksman, has been recruited by the British government as a spy and has been selected to protect Thompson and his maps and log books from a rogue group of Americans. He must use his skills as a rifleman, his intelligence as a military officer, and his willingness to learn from the Iroquois Indians who accompany and befriend him to protect Thompson at all costs.

Drawing on a richly assembled history of exploration of western Canada and the race to claim its abundant resources, Twice Chosen Man offers an exhilarating rush and deep immersion into the forces that will ignite the War of 1812 and the eventual maturation of an emerging Canada.

L Leighton Decore is a retired trial lawyer from Edmonton, Canada. His lifelong devotion to Canadian history has led him to become an avid canoe paddler, a pastime that has found him traveling many of the same waters David Thompson first explored and eventually building his own white water canoes. An adventurist, not just on Canadian waters, Decore is a scuba diver, a pilot, and something of a backcountry chef. He is the author of a previous book, The Campfire Gourmet. He and his wife Beverley, having spent much of their lives exploring the hidden gems of Canada’s scenic wilds, have traded tents for a motor home but continue their adventures.