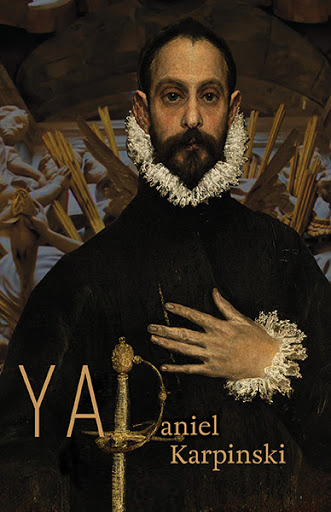 Set in early 18th-century Spain, Yad offers a compelling and passionate re-imagining of the construction of El Transparente, an altar in the Cathedral of Toledo that represents the highest achievement of the Spanish Baroque. While running from his lover over the roofs of the city, Narciso Tomé, the altar’s architect, accidentally causes the death of Toledo’s public prosecutor. Fearful of the Inquisition, he flees in a hot-air balloon. Meanwhile, his wife, Esperanza, disguises herself as him and continues to work in the cathedral. After crashing in the south of Spain, Narciso becomes a bullfighter, travels with a band of sophisticated robbers, and then moonlights as a cheesemaker before returning to Toledo on the day of the altar’s consecration. Yad is an engaging tour of 18th-century Toledo, moving between marzipan shops, steel blacksmithies and the densely populated underworld of crime and prostitution. Engaging, funny, cerebral and touching, this novel – steeped in the history of the time – explores the universal issues of betrayal, repentance, forgiveness and love.

Daniel Karpinski was born in Tarnow, Poland. After receiving his PhD in architecture, he moved to West Berlin and has lived with his family in Toronto, Ontario, since 1989, where he writes, designs, and teaches architecture at Ryerson University. In 1981, he won a competition for a theatrical piece for Cracow Radio (Poland). He is the author of I jak inni (O Like the Others or A like Another) (WL, 1998), and Fikcja (Fiction) (WL, 2000), which were both nominated for the Nike Literary Award, the most prestigious Polish book prize.

Max Karpinski’s poetry has appeared in Echolocation, Headlight Anthology, and Scrivener Creative Review. This is his first translation.