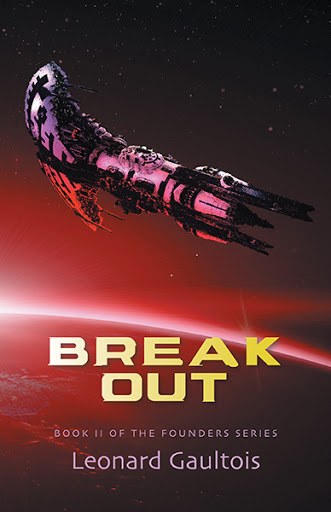 Having already fended off planetary destruction by a malicious alien race, the denizens of Earth are now keenly aware that they are not alone in the universe. The Earth Protection Services (EPS) has been established, and for the first time, humans are braving the dark regions of space to meet other races, both friendly and dangerous. In due time, it is expected that Earth will become part of the Federation, linked to other solar systems through money and trade—but this transition will not come easily.

Dr. Doug Hansen is the captain of the Ranger, Earth’s first spaceship capable of moving at speeds faster than light. While on a secret mission to salvage abandoned alien aircrafts, the ship intercepts a disturbing distress call from an uncharted solar system: “To whoever receives this message; we beseech you, please help us.” Torn between his duties for the EPS, his desire to protect Earth from intergalactic threats, and his inclination to help the oppressed, Doug makes a decision that catalyzes a major shift in Earth’s role in the known universe; alliances and enemies quickly begin to reveal themselves, all wanting to seize this opportunity.

As the second book in Leonard Gaultois’ The Founders Series, Break Out expands the vast and fascinating universe introduced in Brain Drain (2014). With complex characters and believable futuristic technologies, Gaultois brings us a space opera full of unexpected turns, as well as a surprising glimpse into what politics would look like when expanded beyond the limits of Earth.

Some reviews of 'Brain Drain'. Book I in the Series.

Once I started reading this book, I didn't want to stop. I really enjoy a book when the main characters are loveable

and esp when they are kindhearted. Love it when we get sidetracked into what they are eating or why they're doing something. Their goofy friends, all the side stories , that keep me interested in a book. It was fun to see people I recognize and places I've been. I love a good idea, that even though very technical,was interesting and fun. Can't wait to see what's next. Thanks Leonard!

I really liked this book and I have discerning tastes in science fiction, my benchmarks being Arthur C Clarke, Robert Sawyer and John Scalzi.

I have been looking for a fresh new sci-fi author to read and in Gaultois I have definitely found what I was looking for. His new book, Brain Drain, has it all; hard science fiction, interesting characters and great suspense. 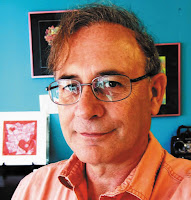 Leonard Gaultois (BSc, MEng, CD1) is from Stephenville, Newfoundland. A lifelong aviation and technology enthusiast, he joined the Air Force, working as an aircraft avionics technician and later as a communications and electronics engineering officer. During his time in the military, Gaultois traveled extensively, acquiring a sophisticated knowledge of orbital mechanics and communication technology. In addition, he has built and flown two experimental aircrafts from scratch, rides a motorcycle, and restores old cars. He believes that these interests and experiences have allowed him to create the believable, immersive sci-fi world of The Founders Series. Break Out is the second installment, with Brain Drain published in 2014 and Infinity Beckons forthcoming. Gaultois currently resides in Ottawa with his wife, Wendy, who is also an engineer in the field of aircraft avionics equipment. The lively aviation community of Ottawa provides them both with work and inspiration.