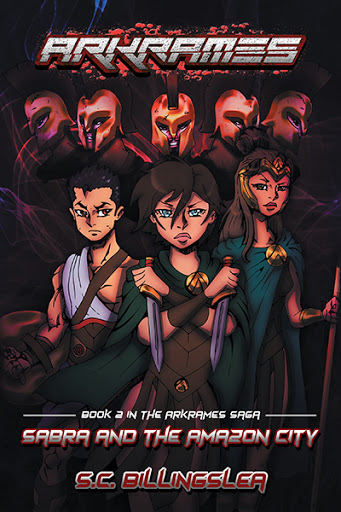 Sabra and the Amazon City
by S.C. Billingslea

Having returned from her adventure with Arkrames, Sabra has chosen to accept the offer made to her by the Amazons. However, once she joins them, she learns that they are on the brink of war with their nemeses, the Gargareans – an all-male society with whom they share a tenuous peace. But Sabra soon discovers that her new life with the Amazons and the facts surrounding the hostility between them and the Gargareans are not quite what they had first appeared to be.

When Arkrames arrives on the island in search of Sabra, he finds himself in the middle of the animosity between the two kingdoms and seeks refuge with the Gargareans.

While Sabra is trying to find her place among the Amazons, she is forced to face some difficult decisions about her loyalties to Arkrames, the Amazons, and the relationships that have formed since she joined the sisterhood. Only she can decide what path the future will take her down.

Finally! The long awaited sequel to "Arkrames: The Orpheus Quest!"