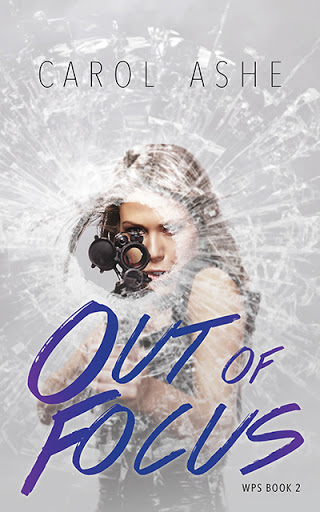 Out of Focus
by Carol Ashe

When Winnipeg Police Service (WPS) top sniper officer Margarite Hunter takes a position on the city’s crime unit, her goal is to save lives rather than take them.

While searching for two missing young women, Mags and her partner Hank uncover an extensive trafficking and crime ring. Meanwhile, Charlie Mahone is brought out of retirement from the Canadian military to find a lost soldier suspected of seeking revenge on the man who killed his family.

When their paths cross, the sparks threaten to derail both of their investigations. Mags soon realizes that Charlie’s story goes much deeper than what he lets on. She needs to stop the killer before more lives are lost, and Charlie needs to stay out of her way. She has no time for love, no matter how chiselled its jawline. But to break the crime ring that strangles her city, they will need to work together, and that requires something she doesn’t give easily: Trust.

Out of Focus is book two of the WPS (Winnipeg Police Service) series.

CAROL ASHE is an author and police officer with a passion for travel and outdoor adventure. Her first novel, Out of the Storm, was an honourable mention for the Whistler Independent Book Award in 2016, and was a short listed title for the 2016 Northern Lit Awards. The novel also won the romantic suspense category of the Cover Me Contest through the River City Romance Writers (RCRW) chapter of Romance Writers of America (RWA). She lives with her husband, two sons, and two dogs in Marathon, Ontario, on the shores of Lake Superior.