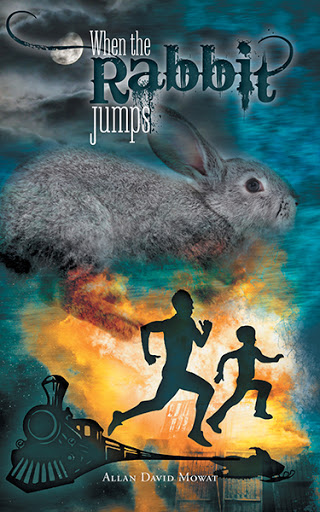 When the Rabbit Jumps
by Allan David Mowat

Why do some of us, despite our own trying circumstances, go out of our way to help others, while most people ignore the plight of strangers? Quite often, these actions simply cannot be explained.

That’s the question Jarrod Wakefield—a fugitive from justice—asks himself the night he meets Lucas, a troubled youth on the run from yet another bad group home placement. After Jarrod rescues Lucas from a close call with the law, the two develop an unlikely friendship and decide to travel together across the American Midwest in the early 1980s. Both are fleeing a past they would rather forget, with the hope of building a future that is free from the many problems that have plagued them thus far. Along the way, they meet a colorful cast of characters, including the leaders of a commune in the hills of Minnesota who attempt to lure Lucas into a lifestyle he has no interest in pursuing. Rather that the idyllic answer to the boy’s troubles, their methods simply become another form of manipulation and abuse.

Desperate to find freedom, the two escape the commune and cross the border into Canada. But as much as they want to separate themselves from their past, they come to realize the freedom they seek may always remain just out of reach. Will they finally be able to stop and face up to the troubles that put them on the road in the first place? 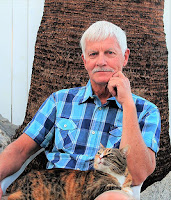 It’s fitting that Allan Mowat’s first novel would take the form of a travelogue, since he has spent much of his adult life “on the road.” Those who know him would consider “Wanderer” an appropriate middle name. Originally from Winnipeg, MB, where he still makes his home, Allan has traveled extensively for pleasure and as a tournament bridge player. He also has significant experience working with at-risk boys through Big Brothers and other programs, so it was inevitable that such a character would find its way into this book—although the author insists he has no firsthand experience as a fugitive from the law! Allan has always had an active imagination, and he is pleased to have finally channeled it into "When the Rabbit Jumps". His hope is that any future novels will not take nearly so long to complete.