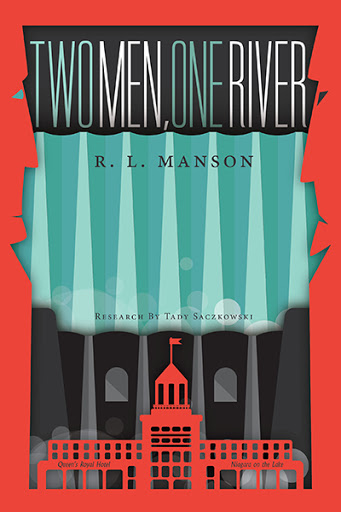 Begin with 1918 Niagara-on-the-lake: its opulence and extravagance, the actors and the elite, the tennis and golf and lawn bowling, and the promise of a fantastical amusement park lifestyle. The region is thriving. Sir Adam Beck is building the world’s largest hydro power station. Nikola Tesla has found a way to make electricity accessible to all of humanity. And a man named King Camp Gillette has developed plans for a futuristic utopian society that would have the mighty Niagara River as its lifeblood.

Add two men with special abilities and powerful incentives. Jack Saunders is a troubled veteran of the First World War who desperately wants to make a good life for his beloved wife and friends, but his addictions and impulsive behaviour keep turning his noble intentions into disaster. Aaron O’Malley is an affluent business owner who sees that the region is on the verge of an evolution, one that he must cultivate for his personal gain.

But O’Malley needs Jack. He preys upon his vulnerability and draws him into an ambitious scheme that he claims will bring wealth and power beyond their wildest dreams. History is about to change, and Jack is the key to its outcome.

Robert L. Manson (right) is an engineer in the aviation industry. Early in his career he worked in Montreal and Toronto, and later on he relocated to the Niagara Region to join with a helicopter manufacturer. Eventually he made the move to freelance consulting work, which allows time for more birding, music, and writing. Bob and his wife Joanne live near the Niagara River.

Tady Saczkowski (left) grew up in St. Catharines, Ontario, where he studied at Brock University, and has lived his entire life in the Niagara Region. He is now retired and spends much of his time collecting historical treasures, playing tennis, and volunteering at the club and in the community. Tady and his wife Nancy enjoy travelling and are active members of two local tennis clubs.