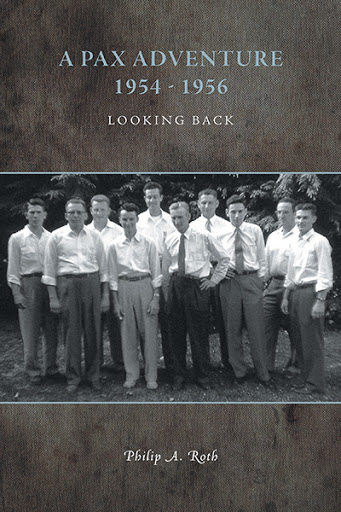 BEFORE THE INCEPTION of charitable organizations for impoverished people globally, the Mennonite Central Committee was an early innovator for overseas development. Pax (Latin meaning peace) was one of its programs designed specifically for volunteer single men of draft age.

This is a story of one man’s journey as heavy equipment operator with training in Texas and Peru, then to Paraguay building roads. In a unit of five, he worked to connect Paraguay’s most isolated Caucasian settlements to the outside world. Along the way, he experienced high-flying adventures, met curious Paraguayan locals and learned some life lessons lost to many young men.

Part memoir and part history, this is an account about the power of faith, the virtue in productive work and the rewarding consequences of dedication to the ideal of serving humankind.

As someone who grew up in Paraguay, I can appreciate Roth’s ‘first impressions’ of the land and people so vividly depicted in his writing. Not only does he paint a picture of the Paraguay’s striking landscape, but also eloquently captures the tenacity of a people beginning to build a future in what can be described as ‘harsh’ and unforgiving living conditions. His keen observations of the life, traditions, and cultural norms of various Chaco people groups make for a true and fascinating reading adventure.

PAX is one of those “creative eruptions” a short one-act play whose actors appeared on the stage at a critical turning point in human history and with considerable drama at some points in the plot, acted out a practical and symbolic message of peace and reconciliation in the “name of Christ,” a drama that had occasionally been expressed earlier in other forms by a minority group – the Anabaptists. It has often been said that this minority group has had an impact out of proportion to its numerical strength.

But the danger of hubris causes us to wear this accolade lightly. Thus the players in this one act, PAX, want simply to be remembered with the many others who have served in other equally noble tasks in history.

Philip Roth, springing at the age of 20 from rural South-Central Pennsylvania, set out on a life changing experience which combined widening social awareness, increased mechanical knowledge, and a new strengthening of faith.

Now, sixty years later, Phil has written, with gentle humor and great humility, the account of his service work in Paraguay in 1954 to 1956. He and 9 other young men were sent by the Mennonite Church, with the blessing of the US Draft Service, to give two years to building a much needed road which would increase access to the outside world for three struggling Mennonite agrarian settlements.

The heat was intense, the mosquitoes fierce, and modern amenities scarce; but the humane discoveries, augmented by valuable learning experiences involving all things mechanical, as well as moments of pure faith gave Phil the story of a lifetime.

You will be gently awed, frequently amazed, and occasionally inspired as you read this book.

1954: The Korean “conflict” was beginning to wind down. Things were going to get better. Who in America could be interested in spending two years of his life laboring for no pay in an ill-starred attempt to build a highway in the torrid mosquito-ridden jungles of Peru and Paraguay, almost totally without the amenities of modern life such as adequate housing, electricity, or plumbing? Who? Twenty year-old Phillip Roth, a Mennonite conscientious objector classified 1-W, “fresh off the farm,” a recent graduate of aviation school, with an interest in all things mechanical, and “a secret wish for adventure and to see something of the world.” That’s who.

Young Phillip’s wish was fulfilled—and then some. Now, just over 60 years later, happily for readers, he has documented—with pictures—his good (and not so good) South American days and nights in A Pax Adventure 1954—1956.

The author’s straightforward, understated style conveys honest, believable reporting and a vivid sense of the marvelous, ever surprising experiences of this Pennsylvania farm boy eager to do some good for people, innocently curious and open to the surprises waiting in a world new to him. 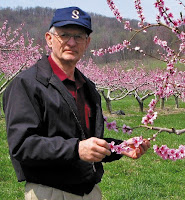 Philip Roth completed his two-year I-W alternative service with the Mennonite Central Committee in the first unit of ten PAX men sent to Peru in 1954. A youthful enthusiasm for applied physics led to a life-long fascination with mechanical things, in particular airplanes – deemed the ultimate machine following World War II and his adolescent years. He acquired his pilot’s license at age 17. He flew with Northeast Airlines, now Delta Airlines, for several years before a career change to manage the family orchard operation. Retired, Phil and his wife reside in Gettysburg, Pennsylvania, near his family farm and birthplace.