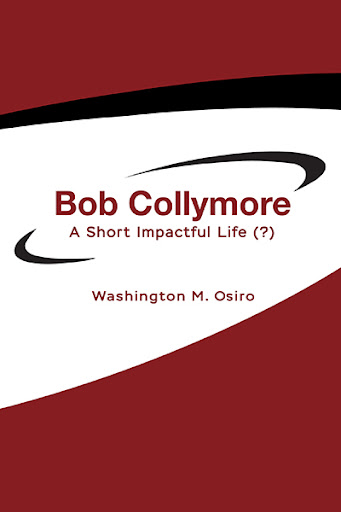 This book is as much about Robert William Collymore, the man many Kenyans fell in love with, as it is about a Kenyan society that seemingly saw only what was good about him.

“Bob Collymore: A Short Impactful Life(?)” is the dichotomy between the ten years that shaped the national narrative about a man – who lived for sixty-one years. It is evidence of a phenomenon Swiss psychologist and psychoanalyst Hermann Rorschach created back in the early 1900s. The phenomenon or test is based on Klecksography, Rorschach's favorite game as a child. It is a projective tool used in psychoanalysis. Using inkblots or "klecks" (in German), therapists seek to understand their patients' thinking based on how they interpret respective inkblots.

In Collymore’s life and death, Kenyans projected what they THOUGHT of the man's ENTIRE life onto the last ten years of his life – at the helm of Safaricom and going by the media coverage after his death, Kenyans THOUGHT very highly of Robert William Collymore – even though they only knew of him and about him for a mere one-sixth of his life.

The country's reaction to Collymore' death belied the totality of the man’s six-decade-long life – and underscores a disconnect I am trying to reconcile – thus far without success. 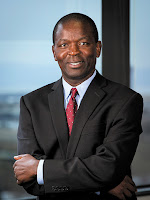 Washington M. Osiro was born in Kenya and moved to America in his late teens to attend college. He has lived there since 1981.

He studied Political Science at John Muir College in UC San Diego and has worked in biotech/medical device manufacturing his entire professional life.

The author has written for the Huffington Post, a self-described “left-wing American news and opinion website and blog, with localized and international editions”. His works, especially on corruption and poor governance in Africa in general and Kenya in particular, have been cited in Kenyan dailies such as The Star and Daily Nation. He has also appeared alongside notables with extensive experience on these topics.

Osiro’s works on corruption in Kenya have been cited in various submissions and publications including an article published in the International Nuremberg Principals Academy and in Kempe Ronald Hope’s book “Corruption in Africa: The Health Sector and Policy Recommendations for Managing the Risks.”