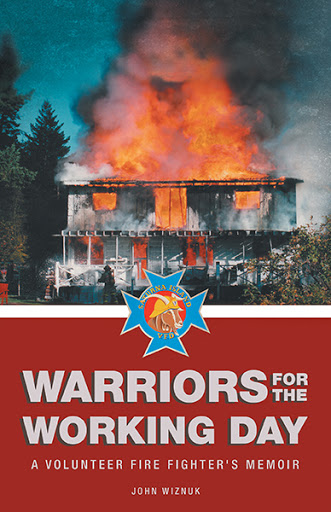 In 1990, seeking an escape from city life, John Wiznuk moved to Saturna Island in British Columbia’s Southern Gulf Islands. Two years later, a friend invited him to one of the regular practices of the volunteer fire department. What began as a volunteer, part-time hobby soon became his life, launching a twenty-year involvement with the Saturna Island Volunteer Fire Department. He resigned as fire chief in 2012.

Most people’s understanding of what volunteer firefighters do extends no further than childhood notions of big red trucks with flashing lights and screaming sirens zooming somewhere to save the day. The reality is more complex. Firefighters never know what the next call will be, or what they will find when they reach the site. The challenges extend beyond the physical ones of extinguishing flames, rescuing individuals, and dealing with disaster. People in stressful situations are unpredictable. Even those being helped may lash out. And within the fire department itself, as there are wherever there are human beings, there are squabbles, politics, and personality conflicts. Yet through it all, volunteer firefighters persevere, thinking quickly, adapting, dealing with the inevitable problems, focusing on solutions—making it happen, somehow, someway.

In this heartfelt, fascinating, and deeply felt memoir, Wiznuk recounts the struggles and achievements, failures and successes, of his two decades as an emergency responder. It’s the story of one small rural volunteer fire service—but it’s also the universal story of similar services across Canada and around the world, wherever ordinary citizens voluntarily join forces to protect their homes and community…and in the process, become extraordinary. 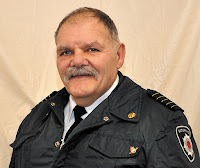 John Wiznuk moved to Saturna Island from Victoria, B.C., in 1990, after seven years at the Maritime Museum of British Columbia, where his interest in writing was sparked when he was given the opportunity to write exhibit copy. Shortly after his move to Saturna, at about the same time he joined the volunteer fire department, he began contributing to the Island Tides newspaper. From 1994 to 2006 he wrote numerous articles for Firefighting in Canada, the national fire service magazine. He has previously published a chapbook, The Protected Worker, the story of his grandfather, John Parry, who left the Winnipeg Fire Department in 1915 to enlist in the Canadian Army. Warriors for the Working Day was born in a memoir-writing workshop given on Saturna Island by Bill Schermbrucker, Professor Emeritus, Capilano University.

In addition to writing, Wiznuk, now retired, likes gardening, rowing his small boat, walking, playing chess with his laptop computer (he admits he cheats “outrageously”), and watching old movies. He continues to live on Saturna Island, where he enjoys “the quiet roads, the decent people, the way this community will pull together, the quiet, dark nights (no streetlights), the better to see the stars by, and the way that islanders will give you lots of space, but be there for you if you need it.”

In 2012 Wiznuk received the Fire Exemplary Service medal, for twenty years of honourable service, from the Office of the Governor General of Canada.