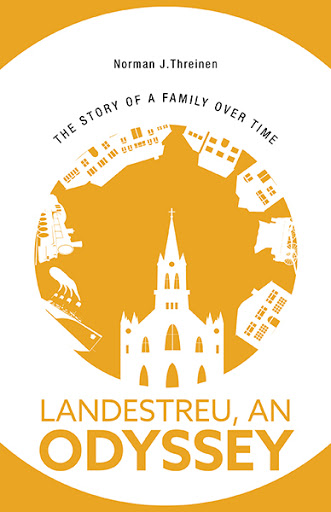 Landestreu, An Odyssey
The Story of a Family over Time
by Norman J. Threinen

The eighteenth century saw Prussia, Russia, and Austria competing for prominence in Central and Eastern Europe. Each sought to expand its territory by annexing weaker states. This led to the first partition of Poland in 1772 and subsequently to invitations from the three great powers to land-hungry farmers in German territories to move to their recently-acquired territories.

Norman Threinen relates the story of one of his ancestors, Magnus Nerbass, who answered Austria's call for colonists for its new province of Galicia. His life and that of his descendants over the following hundred years in the village of Landestreu is the focus of the first part of the book. When Landestreu could not accommodate the succeeding generation, colonists looked to nearby Bukovina for new opportunities. Soon a cluster of colonies arose which centred in Katharinendorf. Also attracted were colonists from central Bukovina, including another of Threinen's ancestors, Philipp Brandt. As news of cheap land in Western Canada reached this cluster of colonies, Brandt and his five daughters and their spouses lead the movement to a new Landestreu in Eastern Saskatchewan, constituted not by a village but a church community. 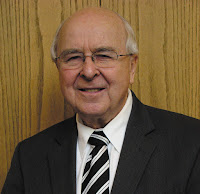 Norman Threinen grew up in the Landestreu District in Eastern Saskatchewan. He is a Lutheran clergyman who has served variously as a parish pastor, a church administrator, and a seminary professor. Threinen has done research in the United States, Germany, Ukraine, and Canada. He has traveled widely and is recognized as an authority on Lutheranism in Canada. He lives in retirement with his wife, Muriel, in Summerland, B. C. They have two grown children: David in Hamilton and Deborah in Summerland.