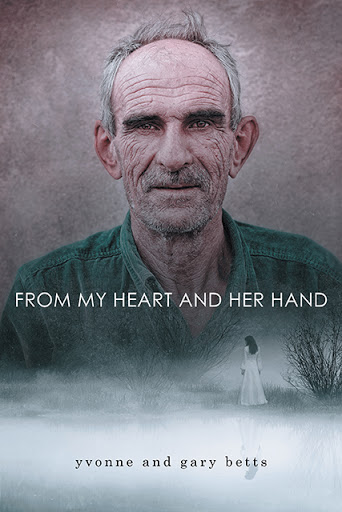 This extraordinary book was written by a married couple, Gary and Yvonne Betts. What makes it so remarkable is that one of the pair, Yvonne, actually passed away before the writing process began.

Gary and Yvonne are kindred spirits, which is to say they are eternally linked to one another, and have lived many lifetimes in each other’s company. After Yvonne died from liver cancer in this most recent life together, her spirit returned to Gary, who had been cultivating his exceptional abilities to communicate with spirits. They have been sharing a unique existence ever since, raising a large spirit family together.

Their children—whom Gary and Yvonne believe will be their kids in their next living life—are all the spirits of victims of murder at the hands of relatives, often their fathers. They have been entrusted to Gary and Yvonne’s care because of this couple’s special sensitivity to their between-worlds plights.

For individuals with a curiosity about spirits and ghosts, this book is a must-read. In it, Gary shares the secrets of this post-corporeal existence as shared with him by Yvonne, whose death has put her in a position to provide unique insight from the other side. Where much of the popular culture exploring this topic is speculative, this book offers a rare, first-hand account facilitated by Yvonne’s continued participation in Gary’s life. As such, From My Heart and Her Hand offers readers an unprecedented understanding of what it means to die and to live among the world of spirits.

Gary Betts is a fairly regular guy who lives in London, Ont.—regular except for the fact that he can see and talk to spirits. This gift, which he has honed over the years, especially since his wife Yvonne’s untimely death, has allowed him to add an entirely new dimension to his earthly existence. Over the years, he has helped thousands of spirits to get into heaven or speak to people they left behind.

Gary fiercely believes that he and Yvonne will share many more lives together. Until he passes on from this one, he will continue to communicate with her spirit, and to live with the spirit children who have adopted him as their flesh-and-blood father.