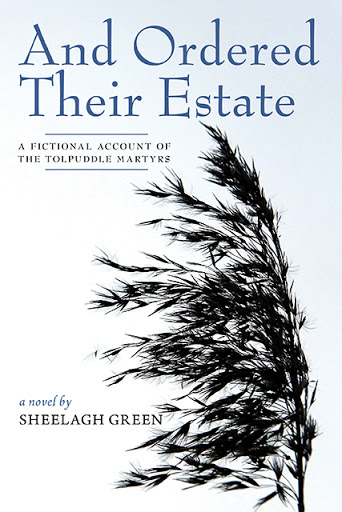 Their wages had been reduced again! Struggling to keep their families on the meager wages paid to agricultural labourers in England in 1833, George Loveless, his brother James, brother-inlaw Thomas Stanfield, and friends founded a legal union, the Tolpuddle Friendly Society of Agricultural Labourers. Land owners, fearful of the consequences of such a union and that the status quo between rich and poor would be irrevocably altered, had George and five members arrested and charged under an obscure law that they had administered an illegal oath when enrolling new members into the union. They were found guilty and sentenced to transportation for seven years. They became known as the Tolpuddle Martyrs.

In a parish workhouse Seth Fielding, a fictitious, illiterate farm labourer, lies dying of tuberculosis, consumed with guilt about the part he was forced to play in betraying the six men. Through delirious Seth’s wandering thoughts we see his deep love for his wife Mary and family, the hard life of a farm labourer, the Dorset countryside, and the turmoil the men’s conviction has on the political situation throughout England.

Sheelagh Green has always been interested in history, especially the period of the Industrial Revolution. At the age of 74 she graduated with distinction with a Bachelor of Arts Degree in English Literature and Creative Writing, making her dream of completing a university education a reality. She lives in Parksville, BC, where she enjoys tending her garden and writing in such a beautiful setting, and her grandchildren and great-grandchildren. And Ordered Their Estate is her first book.