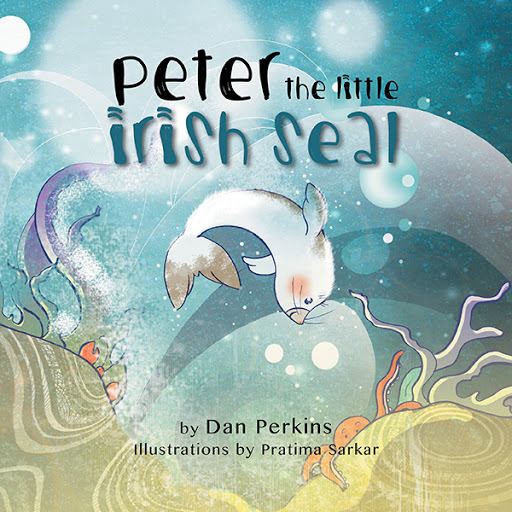 This is a story about the special relationship between a mother and her child. Peter and his mother are very special seals called Selkies. According to Celtic folklore, a Selkie can shed its skin and become human. Before this is possible, Mama Kim must teach Peter how to sustain himself by learning to swim and catch his own food. Peter’s mother knows that someday she must tell him of his special power, and she also knows that he will leave her one-day and go out on his own. This book is designed to be a "read-to-me" book for children aged 2 to 7 years, but children of all ages, including parents and grandparents will enjoy this relationship story!

Dan Perkins is a prolific author with a broad spectrum of writing experience and abilities. In addition, he and his wife Gerri have established a nonprofit foundation (songsandstoriesforsoldiers.us) for veterans and active military personnel with PTSD and other serious disabilities. As a financial consultant for over 40 years, Dan has written and now produces video newsletters for his clients. His entertaining, yet serious trilogy on radical Islamic nuclear terrorism against the United States called the Brotherhood of the Red Nile is a must read for all Americans. His sequel to the trilogy, Ted Baker in Search of Terrorist Gold, is soon to be published. His next novel explores historical fiction with a different perspective on the Abraham Lincoln assassination. A new children’s book, Timmy and the Little Red Wagon, will soon follow. Mr. Perkins also writes current events commentary for Clashdaily.com, dailysurge.com, TheHill.com, and Reaganbaby.com, among others. He also hosts a nationally syndicated radio talk show. Dan and his wife Gerri live in Southwest Florida and are the proud parents of four wonderful sons and the grandparents of four delightful grandchildren. More information about Mr. Perkins and his foundation can be found at DanPerkins.guru.