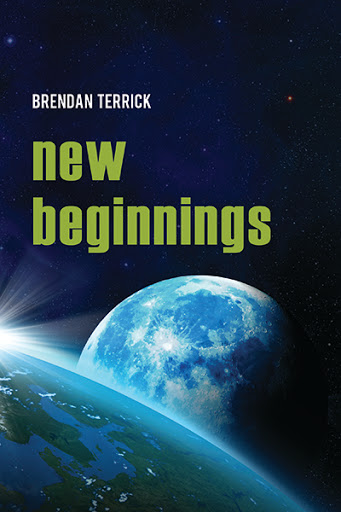 By all appearances, DeBrand O’Donnell is living a fulfilling life. He has an average job, the swanky clothes, the perfect shoes, the accepting friends and a witty comeback for every occasion. He thinks his life is without fault, but in truth, his obsession with perfecting every trivial detail is merely a ruse to hide the fact his life is lacking a pulse.

DeBrand begins to wake up to that fact when his girlfriend unexpectedly ends their relationship after a troublesome morning. Just as he’s coming to terms with that, he’s abducted by an alien. And not just any alien either. It’s a wisecracking, eight-foot-tall bipedal praying mantis-like creature named Bruno, and he’s not about to cut DeBrand any slack.

Unlike most alien abductors, Bruno doesn’t want to probe DeBrand or study him in any way. He merely wants DeBrand to become his new emissary to Earth—for a good period of time. DeBrand wants no part of it and the more time he spends with Bruno and the current Terran emissary, Liza, the more he is presented with the fact that perhaps his pre-abduction life wasn’t so perfect after all. Maybe this is exactly what he needs to become a better-informed and more well-rounded individual—or maybe it’s all part of an elaborate plot by Bruno to colonize Earth and make Brand his footman.

Born and raised in Winnipeg, Manitoba. Brendan has jumped between work and school not quick in finding his niche. He loves reading, watching and listening to stories and decided to give his young dream of writing a tale a chance. A soft spoken, sharp witted individual on most counts, Brendan relishes putting words to print and aspires in becoming a recognized author or even working within the editing, print or publishing arenas. Only time will tell. He hopes you enjoyed his first published work.