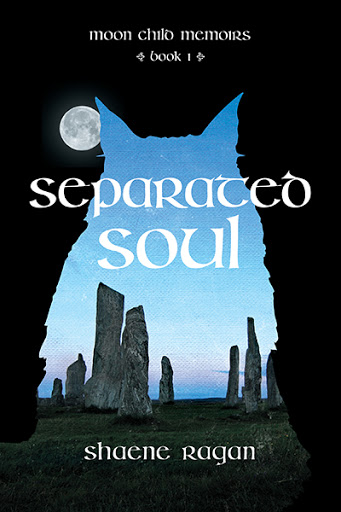 When Feline, the High Sorcerer, tries to locate the spirit of his sister sorceress, Porpoise, he is shocked to discover that her soul has been split in two. Half of her lives as an undead dark witch on the northern moors, while the other is a sorceress who rises and sets with the light of Phoebe Artemis. To unite the two halves of his old friend, Feline must himself take on two identities and carefully weave a web of influence. First, he becomes a cunning cat and charms his way into the dark witch’s trust. He also becomes a sorcery tutor, claiming to be of the vanished Ellf Nation, to whisper in the ear of the Moon’s foster child. Just as he begins to think his plan will succeed, his task becomes more difficult when the two sides of Porpoise take opposite positions on the lives of the Romanized Celts and the Saxons after the Romans abandon the area. With both the soul of his friend and the lives of countless mortals in the mix, he must tread carefully to avoid a catastrophe. To make matters worse, an extraterrestrial parapsychologist begins to stalk him from the astral plane, making him realize that his actions may have consequences far beyond their little island.

Separated Soul is grand in scale and rich in unique characters. Drawing from pre-Celtic mythology and history, it ties the mundane and fantastical together into a complex and compelling narrative of operatic proportions.

Shaene Ragan is an author and poet with a passion for world mythologies and the pre-history of the British Isles. She holds an undergraduate degree in creative writing and has had poetry published by the Poetry Institute of Canada. She lives on Vancouver Island, where she enjoys spending time in nature and painting porcelain dolls. Separated Soul is her first novel.