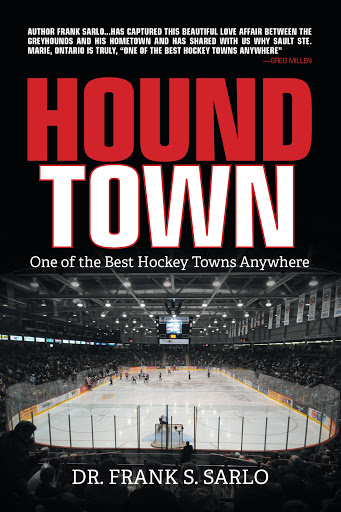 Winning is about more than putting the puck in the net. A team needs to work hard every day, both on and off the ice, to create the strength and determination required to make a run at victory. It also takes a community of people dedicated to helping in any way they can. The Soo Greyhounds have become one of the most dynamic, successful, and exciting teams playing hockey in North America, but they didn’t get there alone. In Sault Ste. Marie, it takes a village to raise a hockey team.

Player profiles include some of the Greyhounds’ alumni, such as Wayne Gretzky, Ron Francis, Joe Thornton, Paul Coffey, Adam Foote, John Vanbiesbrouck and Craig Hartsburg as they pursued their hockey and other dreams.

Hound Town looks at the relationship between a team and its community as the franchise heads into its forty-fifth season. It also, demystifies the operations of a hockey franchise in the OHL by providing accurate information to assist players, parents, advisors, and fans. Through player profiles, highlights and struggles from each season, and a look behind the scenes at the amazing people who provide support, it shows that the Soo Greyhounds are an integral part of Sault Ste. Marie, and truly the community’s team. From the team’s first season in 1972 to the shifting trends in today’s game, the book provides an insider’s perspective on a seminal OHL hockey club, and what it takes to make Sault Ste. Marie one of the best hockey towns anywhere.

"Author Frank Sarlo...has captured this beautiful love affair between the Greyhounds and his hometown and has shared with us why Sault Ste. Marie, Ontario is truly, “One of the Best Hockey Towns Anywhere”. Greg Millen 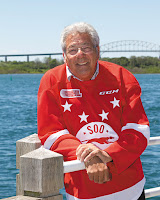 Dr. Frank Sarlo received his BA in political science from the University of Windsor, his LLB from Osgoode Hall Law School in Toronto, and a PhD in philosophy from the University of Bristol in Bristol, England, on the topic of community organizing. He was appointed Queen’s Counsel in 1982, has practiced law for forty years, and has been honoured with a number of awards for his community work. He has worked as the lawyer, director, and part owner of the Greyhounds, and was involved with several major events in the franchise’s history, including the efforts to save the team in 1989 and hosting and winning the Memorial Cup tournament in 1993. He remains a director and part owner of the Soo Greyhounds, and is an active supporter of the team and its place in the community. He lives with his wife, Laura, in Sault Ste. Marie, Ontario.