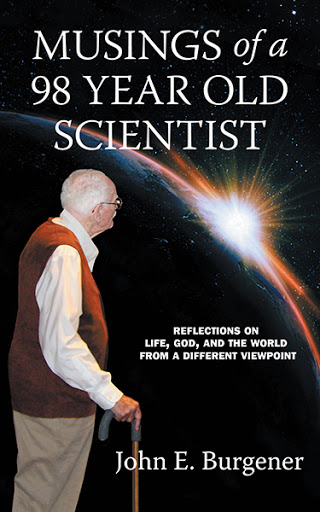 Musings of a 98 year old Scientist
Reflections on Life, God, and the World from a Different Viewpoint
by John E. Burgener

Musings of a 98-Year-Old Scientist is a mix of stories and discussions by a scientist who was deeply religious, and lived a unique life. John E. Burgener was born on March 10, 1917. The world was at war and women had just earned the right to vote. Electricity was still a relatively new invention, cars were a luxury, and airplanes a novelty. John lived in a perfect period to experience almost a century of incredible innovation and growth, and he personally contributed significantly to the advancement of science and technology.

In this book, John muses about some of the more difficult questions we face about God and religion, ethics and culture, marriage and children, as well as politics, science, and the inexplicable beyond.