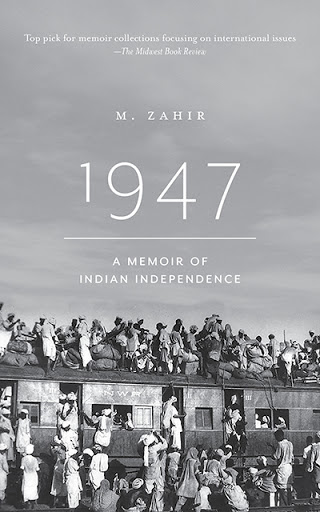 1947. A Memoir of Indian Independence
by M. Zahir

M. Zahir was born in Ludhiana in the Indian Province of Punjab in 1936. His father was a doctor in the Punjab Medical Service and at the time of Indian Independence was in charge of the Government Hospital in the small town of Mukerian. Zahir describes the ancient, multicultural society he lived in, and its sudden and complete destruction in 1947 when India achieved its independence.

India's independence from the British Raj was accompanied by the division of the country into India and Pakistan, a divide which resulted in unspeakable violence with the death of close to two million people. Caught on the wrong side of the dividing line between India and Pakistan, Zahir's family tried to leave by train to Pakistan. The train was ambushed and almost all the Muslims men were killed on the spot and women abducted. Miraculously, a young Hindu put his own life in danger to save most of Zahir's family.

As a boy, Zahir witnessed firsthand what is described as ‘the greatest loss of civilian life in human history in the absence of war or famine’.

In this meticulously- remembered memoir, Zahir describes the events leading to Indian Independence, the catastrophic train journey, and his life in the new country of Pakistan. The legacy of those events still haunts the world.