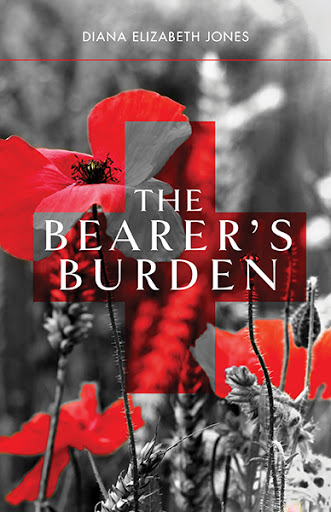 It’s 1915. WW1 has been raging for six months. Twenty-three year old miner Joe Mathieson lives in a small community on the east coast of Fife, Scotland. His life is joyless, his future bleak. Unlike his older brother, Fred, who enlisted in the army at the beginning of the war, Joe is apathetic to the world around him and has no interest in being part of the stream of young men joining the armed forces.

But when Joe uncovers a secret his fifteen-year old brother, Walter, has kept from the family, he sets off on a quest that leads him into the horrors of WW1 in France. Assigned to stretcher-bearer duties, Joe is surprised he finds the up-to-the-minute medical innovations and treatments fascinating. On hospital trains and the battlefields of the Somme, Joe uses his newfound skills to ease the extraordinary suffering of ordinary men, while being left to deal with the consequences of Walter’s secret.

In the midst of this destructive chaos, even as the world around him darkens, Joe discovers sustaining friendships and love that opens him to a fresh belief in life and in himself.

In Joe Mathieson, Diana Jones has created as poignant and engaging a character as you’ll ever meet in a novel, this naïve young Scot on his heartbreaking mission, cheeky, headstrong, conflicted and filled with longing in a wounded world. Beautifully written, deeply affecting.

In Diana Jones’ debut novel, we meet men at their tasks head-down, blunted by higher movements, distant quakes—the War their sinkhole and their centre. This is Joe Mathieson’s story and his voice has a tragic drive. You can hear in it dotted eighth notes, the snap of a strathspey. We pass with Joe through viscera, obscured horizon, towards unexpected apertures of joy.

Finalist for the 2014 Governor General’s Award for Poetry, and author of Prologue for the Age of Consequence

Diana Elizabeth Jones spent three months in Picardie, France, researching and writing much of The Bearer’s Burden. While there she retraced the boot steps (often with soaking feet and frost-nipped fingers) of soldiers and medical personnel who endured the trenches and WW1 battles. She has previously published and won awards for short fiction and this is her first novel. She is currently working on a collection of short stories and incubating a second novel. Born in Dundee, Scotland, Diana is a former linguist and educator who now lives and writes in Victoria, BC. She visits Spain frequently pursuing her second passion, flamenco.

The Bearer's Burden has been nominated by our staff as one of their favorite books.