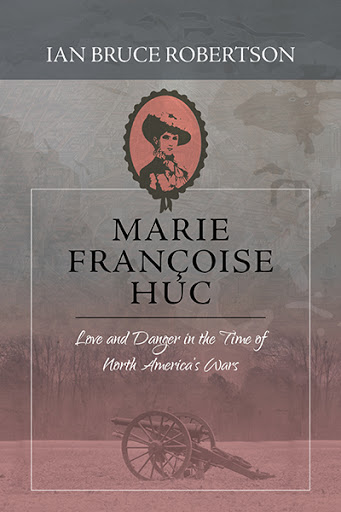 Marie Françoise Huc was born in 1765 in Boucherville, Quebec. At the age of fifteen she married the surgeon Herman Melchior Eberts, a member of an Austrian regiment brought to Quebec by the British to help them quell the American Revolution.

They had several children before Herman was banished from Quebec for committing a crime in the eyes of the Catholic Church. He went to far-off Detroit, still a British outpost. Marie and the children managed to follow him five years later, delayed by the Indian wars in the United States.

The family grew and prospered in this rough frontier town as the American army took over. Then in 1805 Detroit burned to the ground, and the Eberts family was forced to move back to Upper Canada. They settled in happily, but in 1812 the historic war between British North America and the United States broke out. By mid-1813 Marie’s husband and four of her sons were involved in the fighting. Her home was sacked by the Americans that fall, and she fell ill. She died in December, a victim of the war.

Marie Françoise Huc is an historical novel based on her true life story. She lived a good life, but also a hard life, tossed by the sadness of losing four of her eleven children in childhood, and by war, the side-effects of war, or the constant threat of war. Her story is the story of early Canada. 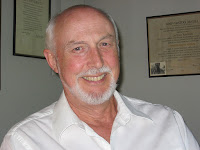 Ian Robertson was born in 1940 in Montreal, and grew up in Vancouver. He studied at McGill University and Harvard Business School.

Ian and Bonnie were married in 1962, and have three children. Their extensive travels followed his career in the federal government, where he was a manager in Canada’s international development assistance program, and then his career in Vancouver in international marketing and finance.

They lived in Toronto, Ottawa, West Vancouver, Boston, Philippines, India and Singapore before settling on Vancouver Island in 2003, when Ian retired from active consulting. Finally there was time to write, and Ian set to work on his first book, While Bullets Fly. The concept for that book came out of his work on family history, and that history was also the inspiration behind his second book The Honourable Aleck and then Marie Françoise Huc.