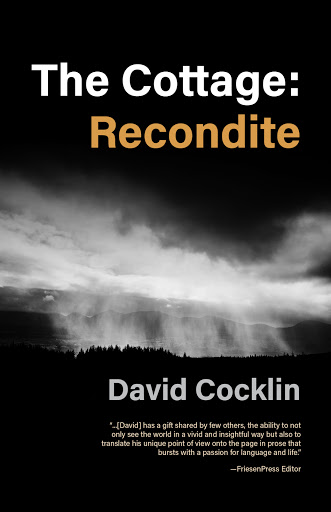 The Cottage: Recondite
by David Cocklin

Dealing with very profound, difficult, or abstruse subject matter; beyond ordinary knowledge or understanding; esoteric. Weaving together a complex web of intersecting storylines, The Cottage: Recondite is a profound look into the quietly desperate entanglements of faith and falsehood, deliverance and misfortune, and the burning search for identity and meaning during the endless climb through life. Unraveling scattered insights into the uncommon and esoteric world within, where the struggle between curiosity and enlightenment rages amidst the endless battle of opposites, author David Cocklin’s broad cast of characters and overlapping stories impact each other in unexpected ways, portraying a timeless microcosm of our own world, where spiritual growth is often stunted by institutions of faith, and enlightenment is forged instead through time, experience, serendipity, and painful twists of fate. Written with a lyrical beauty that is as insightful as it is poetic, The Cottage: Recondite challenges readers with prose that sparkles with a passion for language and life. In a world where people have become increasingly disillusioned with faith-based institutions, David’s work eschews easy answers in favor of characters who embrace the ambiguity and the agony of the journey, spirituality rather than religion, with all roads leading eventually to the mysterious cottage that rests at the book’s core.

“...[David] has a gift shared by few others, the ability to not only see the world in a vivid and insightful way but also to translate his unique point of view onto the page in prose that bursts with a passion for language and life.” 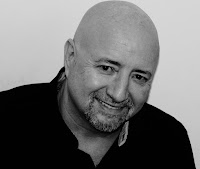 David Cocklin is a consultant and occasional lecturer who is now retired from mainstream corporate life. He has only indulged his passion for novel writing over the past five years, due in part to an increasing realization of eventual mortality and the corresponding desire to leave a legacy for his children. Apart from writing, these days David is focused primarily on the pursuit of happiness, embracing new experiences to share and promote growth, while building on the wisdom gained from past adventures. He splits his time between Montreal, Quebec and Fort Lauderdale, Florida. The Cottage: Recondite is his first book.