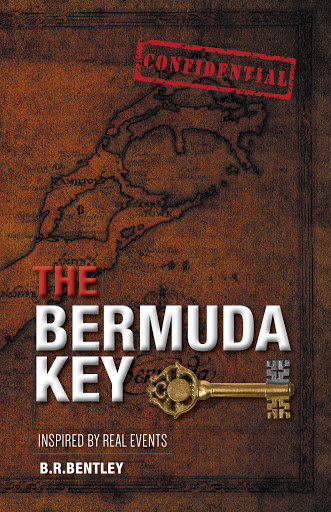 The Bermuda Key
by B.R. Bentley

The emerald-encrusted gold San Pedro cross has been stolen from the Bermuda Maritime Museum. In its place remains an impeccable forgery. The investigation into its disappearance by the police and its insurers is at a standstill. All leads have gone cold. Originally discovered by two salvage divers off the coast of Bermuda, only one of the divers and a mysterious group of cardinals known as the Silenti are aware that the cross contains a priceless hidden key.

With all investigations stalled, the questions remain. Who made the forgery, and who stole the cross? Who has the key, and what is its significance to the Church? Years later, there are still no answers until two seemingly unrelated events occur. First, an obscure obituary photograph exposes the probable location of the key. Then, only months later, several detailed drawings of the fake cross arrive by mail at the home of one of the investigators.

Inspired by real events, the crime on which The Bermuda Key is based remains one of Bermuda’s greatest unsolved mysteries. In a subtle blend of fact and fiction, B.R. Bentley skilfully interweaves the attempts of the various protagonists to obtain possession of the key as the search for those responsible for the theft of the San Pedro cross is renewed.

A stand-alone novel in its own right, The Bermuda Key is also the seamless sequel to Bentley’s previous book, The Cross, bringing events to an enjoyable, albeit highly unexpected, conclusion. 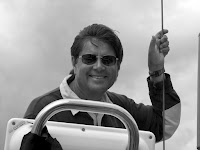 The author has lived in Bermuda, Canada and South Africa while enjoying a successful global career as a banker and corporate executive. An avid scuba diver, sailor and occasional art collector, B.R. Bentley draws on the knowledge gained from his international travel, business career and recreational pursuits to facilitate his writing. He currently lives on the coast of British Columbia, Canada with his wife and several family pets.