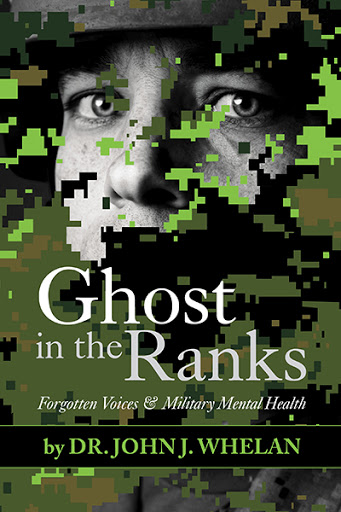 Operational Stress Injuries and Post-Traumatic Stress Disorder (PTSD) are among the possible consequences facing members of the Canadian military. Unlike the potential physical consequences of dangerous deployments, psychological injuries are not always apparent. Military members are taught a mental skillset to help them manage their internal emotional worlds allowing them to do extraordinary things. Unfortunately, while ingrained military training prepares our men and women for action as capable soldiers, this same training may also require them to trade aspects of their humanness—sowing the seeds for lingering mental distress. As a result, those most affected are left in a limbo, disconnected from their military roles and yet unable to relate to their former civilian lives. They become ghosts of their former selves, haunting the ranks until, more often than not, they find themselves on the outside looking in, with unacknowledged scars, anger, and regret. We ask a great deal of our men and women in uniform; if a shift in culture can help members of our military with mental distress, we owe it to them to make that shift possible.

A clinical psychologist, John Whelan has spent his career working with serving and retired members of the Canadian Armed Forces. A veteran himself, Whelan spent nine years in the Royal Canadian Navy during the Cold War. In 2004, he established a private clinic for the treatment of complex military PTSD and developed a group therapy program for veterans to help foster peer support networks. He is currently an Adjunct Professor at Mount St. Vincent University in Halifax where he continues his research on military and veteran issues. His previous book, Going Crazy in the Green Machine, was published by FriesenPress in 2014.

Ghost in the Ranks has been nominated by our staff as one of their favorite books.