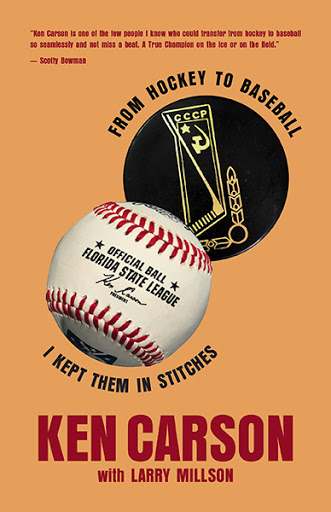 From Hockey to Baseball: I kept them in stitches
by Ken Carson and Larry Millson

Ken Carson’s career as rink rat, athletic trainer and executive has spanned sixty years from junior hockey to the NHL and from major-league baseball to the minors. Carson has sharpened skates with Bobby Orr as his helper; been frightened out of a wrestling ring by Yukon Eric; lived at the arena in Rochester, N.Y.; stitched up players for the Pittsburgh Penguins; celebrated the Blue Jays’ first AL East championship on the turf of Exhibition Stadium as the team trainer who doubled as director of team travel. He was the first trainer for two expansion teams in two sports, the Penguins and the Blue Jays, participating in the 1976 NHL All-Star Game and the 1980 MLB All-Star Game. In 1987, Carson became the Blue Jays’ director of Florida operations, which included the role of general manager of the Class A team at Dunedin. As a respected minor-league executive, he became president of the Class A Florida State League in 2015. Carson’s story, as told to Toronto sports writer Larry Millson, offers a unique perspective of sports over the generations.

"Ken Carson is one of the brightest executives I have ever worked with in sports. His quick wit and ability to disarm any situation with his humor has served him well professionally. In "From Hockey to Baseball: I Kept Them in Stitches", Ken shares his story and his unique perspective on a lifetime in sports.

"Ken Carson is one of the few people I know who could transfer from hockey to baseball so seamlessly and not miss a beat. A True Champion on the ice or on the field." 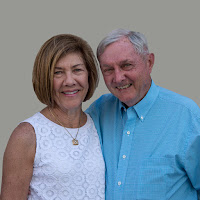 Larry Millson, a Ryerson graduate, has worked in the newspaper business since 1964 with stints at the Hamilton Spectator, St. Catharines Standard, Toronto Star, and the Toronto Telegram before spending 37 years at The Globe and Mail. He has covered the Blue Jays, Maple Leafs, Raptors, Toronto FC, the Olympics, horse racing, and a number of other sports as well doing some general news. He has been a freelancer since 2009, working for The Canadian Press, The Sports Xchange, MLB.com, MLSsoccer.com and several newspapers.

Millson has written one other book Ballpark Figures: The Blue Jays and the Business of Baseball, published in 1987 by McClelland and Stewart.