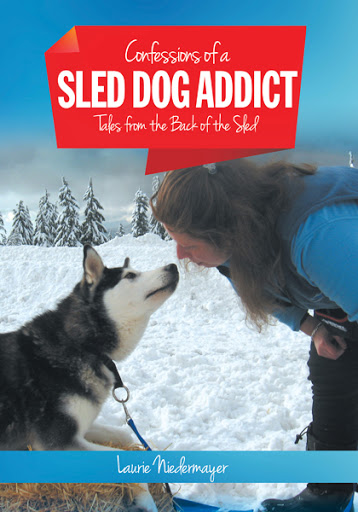 After twenty years of ‘living the dream,’ author Laurie Niedermayer shares her story. From the silly antics in the beginning to the last official tour taken by the teams, this book is a nostalgic look at some of the reality, adventures and misadventures of life on the trail.

Beginning with her first Siberian Husky, Laurie’s journey has taken her from novice dog sled racer to film trainer, successful tour operator through to retirement. Her love of the dogs and passion for the sport clearly comes through in her tributes to the dogs that first started her on this path.

Based on the condensed journal entries from thousands of miles of running trails, she says, “Yes, folks, this really happened, believe me, Hollywood couldn’t write this stuff...”

Laurie Niedermayer has always had an affinity for nature, animals, and dogs in general. Growing up in northern BC, she moved to the lower mainland in her early twenties. At age 29 she discovered a breed of dogs that she fell in love with, the Siberian Husky. She spent a few years dabbling with dog shows and obedience training, but fell in love with rig and sled racing. She was involved with northern breed rescue, retraining, and re-homing dogs for many years. During that time, she authored many articles and newsletters on the breed, the sport and animal husbandry.

After meeting her very supportive husband, Tom, they moved to BC’s central interior to live the dream, where they shared many miles, smiles and tears with people from all over the world.

Now retired from “mushing,” Laurie makes her home in the Fraser Valley, BC, writing, teaching ‘Urban Mushing’ workshops and sharing her life with husband Tom and their fur-kids, Golden Retrievers Tank and Lacy and cat Jemiah.