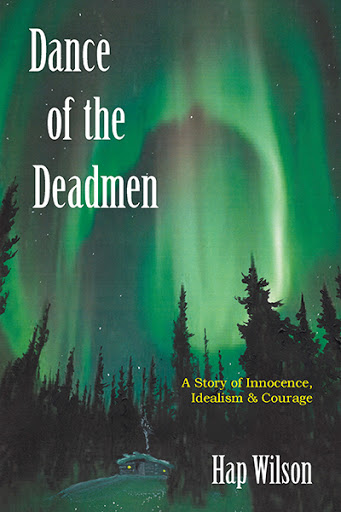 Dance of the Deadmen
by Hap Wilson

Self-styled arctic outdoorsman, John Hornby had already compromised his abilities to survive in the tundra through several incidents of near starvation, and by injuries suffered as a soldier in World War I. He had openly admitted to peers that “he had had enough of the north and wished he had never come”. Yet, foolishly, he conscripted his young cousin, nineteen year-old Edgar Christian, and a willing third party, twenty-nine year-old Harold Adlard, both having no survival training or outdoor experience, to join him on an adventure into the most isolated part of the Canadian northland – the Thelon River in the Northwest Territories. This is a story about the tragic Hornby expedition of 1926.

One of Canada’s most legendary stories, the reader embarks on a journey as if they were there with Hornby and his two charges. Wilson adds dialogue to the events that unfold using excerpts from Edgar’s surviving diary. Not sparing any detail, the author applies his own vast knowledge of winter survival to events that led the three to disaster in a land that shows no mercy to the ill-prepared. Wilson bravely delves into the psychology of men in isolation when deprived of hope but not of love.

"Can there be honour in misfortune? This is the question Hap Wilson attacks with tenacity in Dance of the Deadmen, a powerful tale of….no not survival…. perishing. All too often we defy lost souls like Christopher McCandles, after they have needlessly succumbed to arrogance and hubris. Fans of wilderness adventure did the same with the legend of John Hornby, but Hap Wilson’s meticulously researched re-telling of this important story, sets the record straight. Powerful and so real you can feel the arctic cold, chill your spine as you read. This is a beautiful telling of one of Canada’s most infamous exploration stories."

Hap Wilson has paddled more than 60,000 kilometers across Canada and written more than a dozen books . He is an International Fellow of the Explorer’s Club and the Royal Canadian Geographical Society, recipient of the Bill mason Award for lifetime achievement in river conservation, and co-founder of the environmental group Earthroots . On the lighter side, Wilson taught actor Pierce Brosnan how to throw an axe and paddle a canoe for the Attenborough movie “Grey Owl” . He lives with his wife Andrea in Rosseau, Muskoka and Temagami, Ontario .