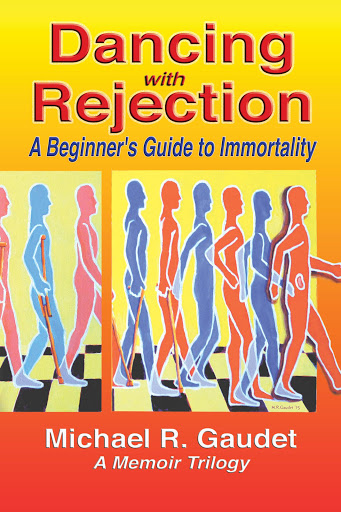 Dancing with Rejection: A Beginner's Guide to Immortality
by Michael R. Gaudet

In 1979, at age 19, Michael Gaudet was diagnosed with end-stage renal failure. Thanks to a kidney transplant from his brother, Michael survived and later rose to prominence as a Canadian painter of monumental murals.

Dancing With Rejection: A Beginner’s Guide to Immortality chronicles the untimely death of Michael’s loving father, our hero’s own near-death experience and his bohemian lifestyle in Canada of the 1970s and ‘80s. A cast of eccentric characters weaves us in and out of lusty tales of romance, gritty medical dramas, and encounters with the paranormal. Written like his murals, in large, bright swaths of sweeping narrative, this is a cosmic joy ride of a read. 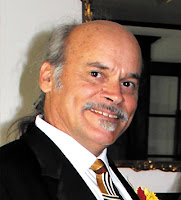 Michael was diagnosed with end-stage renal failure only fourteen years after his father, Robert, died of kidney disease in Michael’s childhood. After his initial diagnosis, Michael was determined to achieve a measure of immortality. He designed and painted the seminal mural Recovery 1, which he donated to the Toronto hospital that saved his life. This singular act cast the mold for the rest of his life, in which he battled chronic kidney disease and forged a career as one of Canada’s best-known mural painters. Michael has since designed and painted over 60 large murals across Canada. Today, Michael lives with his wife Sharon in the Resort Village of Manitou Beach in central Saskatchewan, where they own and operate a seasonal art gallery called G-G’s Gallery & Gifts.