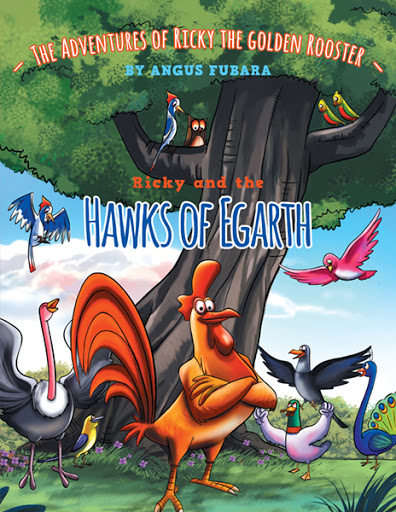 In Lavandale, the peaceful land where all types of fowls live, Ricky, a rooster with thick, golden-brown feathers that glisten in the sun, sticks out as ornery and mischievous

He boasts and brags every morning about his accomplishments in the annual tournaments, and he never takes anything seriously. At every sunrise he runs around the land, announcing that he is the best and that no one can match his speed or strength.

Many of the fowls in Lavandale grow tired of Ricky’s behavior. They complain to the Guardian Council, which decides to assign Ricky to guard the egg factory in the hopes of making him more responsible.

However after two days, Ricky grows bored and returns to his old ways. While he’s away from the egg factory making his morning proclamations for everyone to hear, two rattlesnakes take two eggs. As a result of Ricky’s lapse in judgment, the Guardian Council banishes him to the Forbidden Forest for seven days.

While in the forest, Ricky fears for his life, encounters some scary animals, and meets Cappi, a vegetarian alligator, who becomes his friend and shows him how to stay safe. While Ricky and Cappi are exploring, they see some hawks flying. The two follow the hawks to the City of the Hawks where Ricky overhears something that could affect Lavandale and everyone he loves there.

The Adventure of Ricky the Golden Rooster shows the journey of Ricky from a boastful and immature rooster into a mature and responsible rooster who earns the respect of everyone. 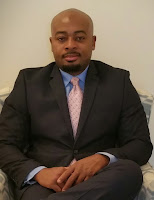 Angus Fubara always has considered himself creative since he was a young boy, coming up with different stories and characters. So he decided to publish a book and share one of his stories—with his son, Jacob, as inspiration. In his free time, he enjoys playing chess, watching basketball and football, and listening to music. He hopes to share many more of Ricky’s adventures.