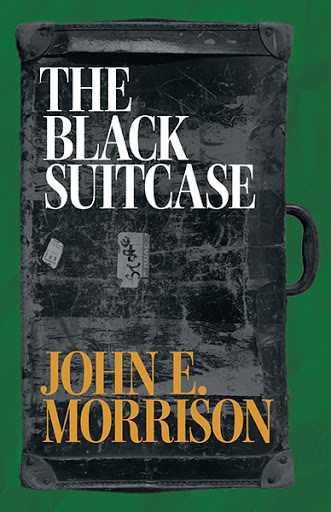 Growing up poor in mid-century Limerick is a nightmare of eviction, food deprivation, flea-bites, and never enough heat. An orange at Christmas is a massive treat. And yet Seanie Morrisey, despite having to beg, scavenge, and steal to help his overwhelmed single mother and his eternally-hungry younger siblings, somehow manages to live a joyful little boy’s life. He loves fishing for eels in the River Shannon; the pennies he gets at his First Communion; his warm, extended family; the times his mother manages to earn enough to bring home fish and chips; and the giddy freedom of running wild with his little gang of friends.

When Seanie is thirteen years old, he makes a mistake that gets him sent to an industrial school run by Catholic Brothers…and his life takes a dark and horrific turn. Recounted in a uniquely expressive voice resonant with the lilting musicality of its roots in Limerick, The Black Suitcase captures the joy and horror of an Irish boyhood thwarted and ruined by a cruel and twisted system. Supported by chilling historical documents, it makes the unimaginable personal and painfully real.

My thanks to the Universary of Limerick for making public the investigation into child abuse in Glin Industrial School Co. Limerick Ireland, and Thomas Wall for his permission. To my grandson Sean Bobbie for his help with the photography and publishing process. To Loren Stewart and my grand daughter Brittany Fillion for their fantastic help typing and guiding me to publish this. To all the team at FriesenPress for their patience and to all my wonderful family for their encouragement and help. Finally, to my beautiful wife of sixty four years total who is missed dearly every day, till death do us part, does not apply RIP Peg. All my departed childhood friends mentioned who have left me behind to tell my story, Thank you.

John E. Morrison eventually overcame the abuses committed against him in his youth, but like anyone who suffered the crimes of the industrial school system, he has never forgotten them. He wants the world to know how it was with the Catholic Church and child slavery when he was a boy.

John was married to his beloved wife Peg for nearly sixty years until her death in 2016. He now lives alone with his three Yorkies in Ness Lake, Prince George, B.C. John often sees his daughters Karen and Valerie, who live nearby, and his son Michael lives in Alberta and visits when he can.