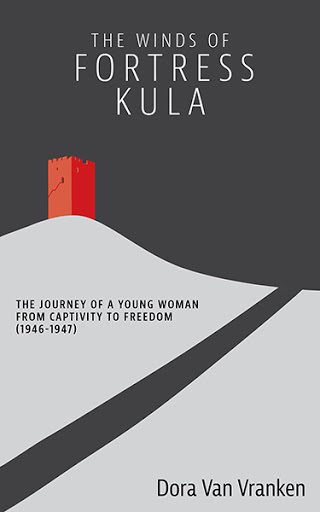 Five young siblings—three sisters and two brothers—face death by exhaustion, starvation or epidemics in post-World War II Yugoslavia. As ethnic Germans living there, the family had been arrested and their property confiscated by the Communist government. This tale of courage and ingenuity brings into sharp focus a little-known episode in European history. It is told from Dora's vivid memory, supported in part by a tattered journal kept on their journey by her older sister, Irmgard. Dora's dedication to accuracy is reflected in every line.

The five escape from their labor camps, and in the depth of winter cross three heavily-guarded borders. They trek from Yugoslavia into Romania, then Hungary, then Austria. Their only food and shelter are what they can find or are given along the way, and they spend many hungry nights in the freezing winds of open fields. They are caught and jailed several times, but escape or are released by sympathetic guards. The story reads like a novel, with plenty of suspense and sharp-eyed insight into character. There are scenes of spontaneous, open-handed generosity; there is bureaucratic heartlessness, and sheer meanness. At the beginning of their internment, as the family was being scattered into various labor camps, Dora's father—a Methodist pastor—blessed her: "Dora, my child, remember that knowing God is life's highest good. Perhaps the path you're now entering will be the one He'll meet you on. May God keep you safe, my child, and may He sustain you." More than once, when despair overwhelms the siblings, these words calm them and give them the courage to find yet another way to survive and persevere. Miraculously, they succeed.

" 'The Winds of Fortress Kula' offers Dora Van Van Vranken's extraordinary account of how she and four siblings escaped from Yugoslav labor camps for displaced, and despised, ethnic Germans in the cold winter of 1946-47. They struck out on foot for Vienna, hundreds of miles away, and their journey will carry the reader into a powerful personal story as well as the larger dark realities of post-war Europe. Only fifteen, Dora was the second youngest among her two two sisters and two brothers. Together they encountered many hardships, unpredictable cruelties as well as kindnesses from the many strangers they would meet. It's a story of a young band of siblings' deprivation, determination, up-and-down luck, courage, religious faith, and, most of all, family love and loyalty. You won't put it down."

The Johnston Center of Integrative Studies at the Univeristy of Redlands

"This tale of courage and ingenuity brings into sharp focus a little-known episode in European history. Told from Dora's vivid memory, this story reads like a novel, with plenty of suspense and sharp-eyed insight into character."

Professor and Director of Theater, Stanford and UC Riverside, retired 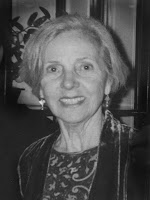 Dora Van Vranken was born in former Yugoslavia to a fourth-generation ethnic German father. She grew up in ethnically-diverse communities, first speaking Hungarian, then German, and upon entering elementary school, Serbian. By age thirteen, she had seen two wars fought in the streets of her hometown of Vršac: Hitler's forces conquering Yugoslavia in 1941, followed by the Russian Red Army liberation in 1944. Both wars left in their wake major upheaval—ethnic tensions and persecutions; hardship and suffering. For Van Vranken, her experience under Tito's Communist rule included internment, separation from her parents and some siblings, forced labor, and a risky escape and flight. Reunited in Vienna, she and her family emigrated in 1949 to the United States, settling in California. Once able to resume her education, Van Vranken pursued Liberal Arts. She holds a Ph.D. from Stanford University in German Studies. As a tenured Professor at University of Redlands, she taught German and other literatures. After retiring, Van Vranken turned to writing. The Winds Of Fortress Kula is her first book. Van Vranken lives in the Bay Area to be near her two daughters.