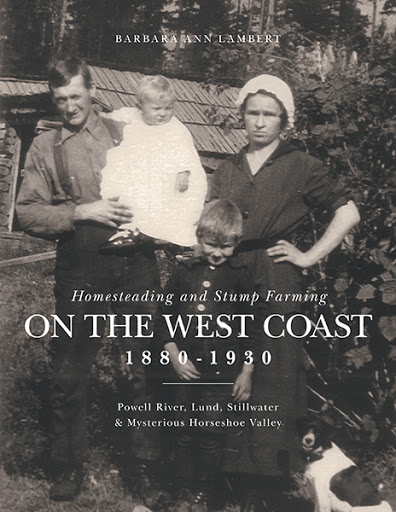 Imagine obtaining one hundred and sixty acres of land for FREE! Then comes the real payment: the sweat and toil of living in a remote wilderness and clearing a landscape where the stumps left behind are so large and so numerous the best bet is to use dynamite to remove them.

Beginning in 1859 such homesteading typified the arrival of white settlers in British Columbia. The Land Act set out rules by which British subjects could, for agricultural purposes only, pre-empt land. Along the Upper Sunshine Coast, of those who took up the challenge, only some succeeded in carving a life out of this wild land, while many failed.

Through prodigious research and the careful cultivation of interviews, Barbara Ann Lambert tells the stories of those resourceful arrivals. Employing the day journals of homesteaders and interviews with their descendants, Lambert conveys the rich history of the Sunshine Coast. From Saltery Bay to Lund, she evokes the struggles and triumphs of those who once lived in this place Lambert calls “paradise”. 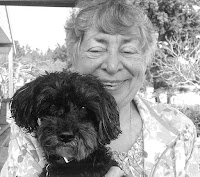 After arriving in Canada from the United Kingdom in 1968 with her teaching degree in her back pocket and a heart seeking romance and adventure, Barbara Ann Lambert vowed to stay with the teaching position she had obtained in Powell River, British Columbia for one year. Forty-five years later she remains—happily so. When she married Stuart Lambert, a local farmer, she found herself in a family of old time homesteaders and in a place where lives had changed little since the early days of stump farming. The Lambert kitchen was the hub of the community, and friends from those early years on the coast dropped in for glasses of goats' milk and her mother-in-law’s famous white chiffon cake with strawberries. It was around the Lambert table that Barbara Ann first heard tales of Sunshine Coastal history.