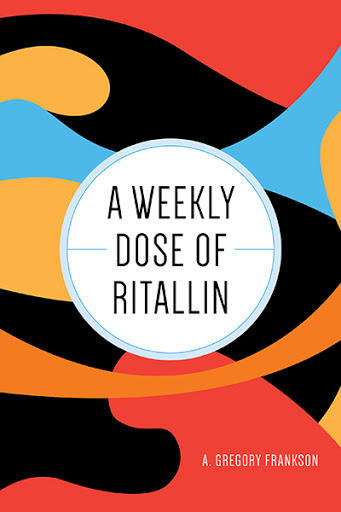 A Weekly Dose of Ritallin
by A. Gregory Frankson

A Weekly Dose of Ritallin is a curated selection of Greg Frankson's original works as presented over two years on Here and Now Toronto. The A Weekly Dose of Ritallin segment cracked open Toronto with soulfully intelligent, locally invested and socially conscious poetry every Thursday afternoon at 4:20. This edition of Greg’s lyrical commentaries include moments, memories, news and issues that defined Toronto and the times. These poems share snapshots of an apocalyptic, exhilarating time in Canadian history through the lens of one of the nation's most insightful social commentators. Ritallin's poems vibrate on the page. The poems were initially heard on radio but re-reading reveals deeper meaning and subtler nuances that may have been missed. Experience Ritallin's visceral impact in tangible form with online links to access the original audio files. Topical, current, diverse and unabashedly challenging, A Weekly Dose of Ritallin is the best of our contemporary affairs as chronicled and shared live on the airwaves over two amazing years.

“I've never written in before, but I feel compelled to tell you how much I enjoy the weekly poetry reading with Ritallin. Love the use of art to reflect on politics and the state of our modern world. Very talented poet.” —CBC Here and Now listener

“Ritallin's spoken word hits you like a slap in the face. If we could channel the energy his words create, we wouldn't need a pipeline. His poems are enlightening, fierce and fearless.”

—Laura Di Battista, author of IF IT BLEEDS, IT LEADS and former CBC Here and Now host

"Greg Frankson's poetry has great repeat value, to put it into gaming terms: you want to hear his poetry over and over, because each performance offers you a different nuance you might not have caught the first time around. His skill at bringing stories to life through his words is both compelling and inspirational." —David Silverberg, Digital Journal Managing Editor & Founder, Toronto Poetry Project

"Ritallin’s a drug. A. Gregory Frankson’s a voice to be heard. Get yourself some." 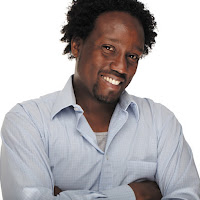 A. GREGORY FRANKSON, OCT, also known as Ritallin, is an award-winning poet, arts educator and speaker known for his powerful spoken word and social commentary. Since 2003, Greg has travelled across Canada and internationally in pursuit of his personal mission: to present the vision that inspires others to positively change the world. Greg was a student leader at Queen's University in the mid-1990s when he championed the commemoration of Robert Sutherland, Canada's first university graduate of colour and first Black lawyer. After graduation he taught secondary school in Quebec before moving to Ottawa and discovering a passion for spoken word. Greg has published two previous poetry collections — Cerebral Stimulation (2006) and Lead on a Page (2012) — and has appeared in the anthologies Mic Check (2008), That Not Forgotten (2012) and The Great Black North (2013). His words have also appeared in several spoken word and music recordings. Since 2007, he has served as Poet Laureate for the global International Initiative for Mental Health Leadership, working closely with organizations and consumer-survivors at the national and international level. In 2012, Greg was one of four finalists in CBC TV’s nationwide search for Canada’s Smartest Person and won a national poetry slam championship. He was inducted to the VERSe Ottawa Hall of Honour in 2013 for outstanding contributions to poetry in the National Capital Region. From 2012 to 2014, Greg was the resident poet on CBC Here and Now Toronto.