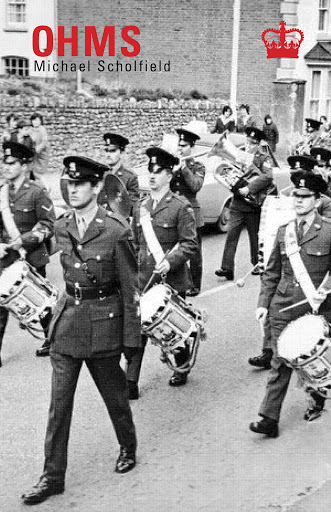 Michael Scholfield tells his life journey as a junior salesman, bandsman, Bandmaster, teacher, church organist, choirmaster and Adjudicator, travelling across the globe, from the seaside town of Brighton, to the Tower of London, Malta, Tripoli, Knellerhall, Colchester, Londonderry, Honiton, Osnabruck, Copenhagen, Varde, Minden, Winchester, Outlook, Beechy, Lucky Lake, Loreburn, Elbow, Prince Albert, Sherwood Park, Winnipeg, and finally Calgary, the Hawaii of Canada. From his lowly beginnings as a shirt salesman with Austin Reed in Brighton, his unforgettable 16 years working for her Majesty, to his teaching in Saskatchewan, Alberta and Manitoba. Ending his career with the British Army in Winchester to emigrate, with his wife Rosemary and seven children, arriving at Outlook, Saskatchewan in the middle of a snow storm on October 8th 1975, with 26 suit cases, $1800.00, and nowhere to live, renting two motel rooms, before finding a furnished house in Elbow for $100.00 a month. The book begins with an account of his childhood, growing up in wartime with his brother, and attending schools prior to his enlistment in the Royal Fusiliers to serve her Majesty.

Michael Scholfield played violin and piano as a child, later learning the bassoon in the British Army. He has taught students in all grades, including University classes for Regina University. Michael studied music at the London College of Music, and the Royal Military School of Music. He was awarded a Doctor of Music (Honorius Causa) from Adam Smith University in Louisiana, U.S.A. in 1993, for his contribution to churches as a musician.

Michael currently volunteers his time at Heritage Park where he plays as a pianist.