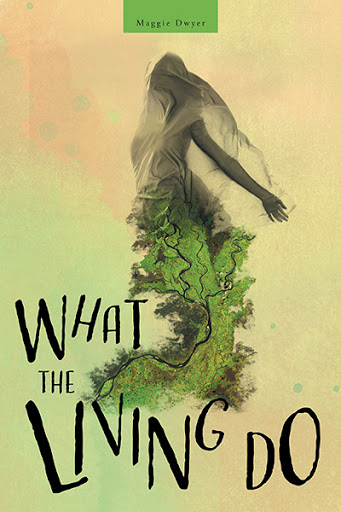 What the Living Do
by Maggie Dwyer

Until the age of twelve, Georgia Lee Kay-Stern believed she was Jewish — the story of her Cree birth family had been kept secret. Now she’s living on her own and attending first year university, and with her adoptive parents on sabbatical in Costa Rica, the old questions are back. What does it mean to be Native? How could her life have been different?

As Winnipeg is threatened by the flood of the century, Georgia Lee’s brutal murder sparks a tense cultural clash. Two families wish to claim her for burial. But Georgia Lee never figured out where she belonged, and now other people have to decide for her.

“In the cover-flap bio that accompanies her striking debut collection, Misplaced Love, Maggie Dwyer lists Toronto and Winnipeg as the towns that most shaped her life. she has turned memories of the cities that formed her to fine account; their palpable presence graces many of the stories with settings that wonderfully ground her characters.That sort of slip-sliding from the zany to the sorrowful, with plenty of grousey asides thrown in, typifies Dwyer’s persistently arresting tone. And only the word “tone,” not “voice,” will do, because the book’s most impressive achievement is its uncanny diversity of voices...

Her human comedy is the oldest and best sort. Woven through the inevitable sadness is wonder at the revelation of human complexity and resilience.”

Maggie Dwyer’s short stories have been published in literary magazines and broadcast on CBC. “Once More With Feeling” was chosen by Carol Shields to be part of CBC Radio’s Festival of Fiction. Misplaced Love, Maggie’s debut collection, was published by Turnstone Press. Born in Stratford, Ontario, Maggie spent her salad days in Toronto. Now, after twenty interesting years in Winnipeg’s south end and sixteen more on Vancouver Island, she lives and writes near Commanda, Ontario.

What the Living Do has been nominated by our staff as one of their favorite books.