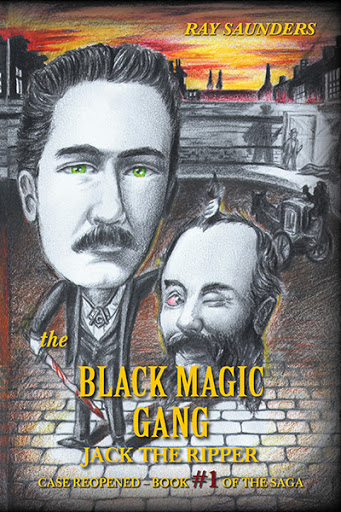 Between April of 1888 and February of 1891, eleven ghastly murders took place in London's East End. They were recorded in the Metropolitan Police docket as: “The Whitechapel Murders.”

Ten of the victims were known prostitutes. The other, was the headless torso of a female, who was never identified. It is however, postulated that only five of those unfortunates were killed by Jack the Ripper. “The Canonical Five.”

Those murders occurred between August 31st, 1888 and November 9th of the same year.

That epoch of London's history was known as: “The Autumn of Terror.”

Numerous books have been written about the murders, many of the authors claiming to have discovered the true identity of the killer, professing to have solved, what can never be solved.

The fact is, to this very day, no one knows.

“The Black Magic Gang” is an international tale of intrigue. So much fun. A balance of serious, humorous and moving moments, with constant action, strong dialogue and with the twisted macabre.

It's a fantastic tale, full of mad twists and turns. It's sacrilegious, so refreshing. It is lurid while being literate and at times lyrical, with a wicked sense of humour. What we all crave from a good read.

It is a glimpse into the twisted minds of a family of British crazies on a murderous rampage, wobbling the border of madness and utter genius. And the elite group of F.B.I. agents pursuing them. 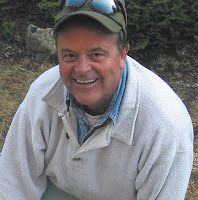 Ray Saunders, an avid international traveller in pursuit of his favourite hobby - snooker, was almost an international citizen at birth. His mom, a war bride, emigrated from England to Canada via a trans-Atlantic liner landing at Pier 21 in Halifax, Nova Scotia.

His early years were spent in Halifax South-end where he attended Tower Road School. His frequent day-dreaming in class were not wasted, but instead may have been a forerunner of what lay ahead – writing and travelling.

Ray graduated from Queen Elizabeth High School (Halifax), where he played competitive football, and later from the DeVry Institute in Toronto. Ray was encouraged by his teachers to write. This, along with the inspirational stories told to him by his father Max and his uncle Frank, while sitting around the stove in there three room, humble abode in Greenspond, NFLD, would combine in later years to inspire him to do just that.

A chance meeting with a ghost at the Osborne Hotel in Torquay, Devon, U.K. and kissing the Blarney Stone in County Cork were among those experiences which helped to embellish and polish his story-telling - and which has ultimately led to the writing of the Black Magic Gang Saga. Ray lives in Cole Harbour, N.S.

The Black Magic Gang will be available in the FriesenPress Bookstore soon.