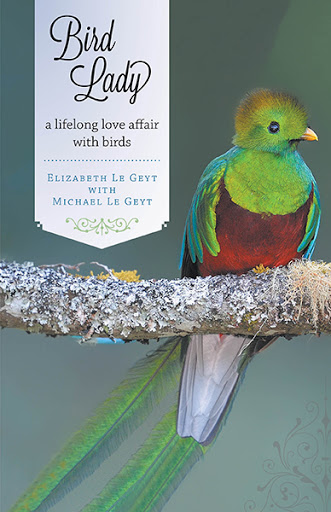 In Bird Lady, Elizabeth Le Geyt recounts a century of birding experiences in which she shares her heartfelt devotion to her feathered friends. In collaboration with her son Michael, Elizabeth began and completed these memoirs during her 100th year. She describes her early years of living and birdwatching in Britain where she explored the woods, the moors and the seashores searching out her beloved birds. Following an abrupt move to Canada, she was forced to begin again, this time studying the birds of North America. Learn how Elizabeth cared for, and released into the wild, more than 30 species of young birds orphaned by assorted misfortunes. Enjoy the antics of Jacko, her talking African grey parrot; the incredible survival story of Joey the pigeon; and the efforts made to save Rattles the kingfisher. Join her on birding tours as she visits South Africa, Mexico, Costa Rica, Trinidad, Britain and Arizona. Share her excitement as she thrills to the sight of exotic birds like resplendent quetzals, blue-throated hummingbirds and fiery-billed aracaris. Learn from her century of accumulated wisdom as she concludes her memoirs with an impassioned plea for better environmental stewardship of our planet and its myriad life forms.

Please visit birdladybook.com to see colour images of many bird species mentioned in the book! 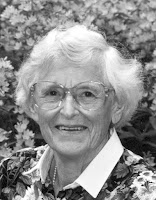 Elizabeth Le Geyt was bird columnist for the Ottawa Citizen for 39 years. Dubbed the ‘Bird Lady’ by her readers, she retired in 2013 just three months before her 99th birthday. Born in Britain in 1914, Elizabeth has always been fascinated by the world of birds. After emigrating to Canada in 1952 with her young family, she continued her passion for birding by studying North American species. Elizabeth was named to the Order of Ontario in 2012 for her lifetime of activities in support of the environment; in 2013, she was awarded the Queen’s Jubilee Medal.

Michael Le Geyt is Elizabeth’s son. He recorded and transcribed her memoirs when arthritis of the hands prevented Elizabeth from writing them herself. Michael is a scientist with a doctorate from the University of British Columbia. He shares his mother’s love for the natural world and is keenly interested in the native birds and wildflowers of British Columbia.