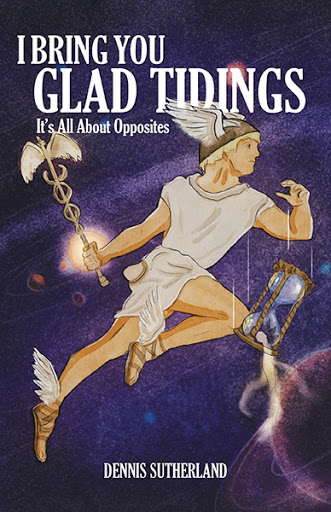 One night a few years after the tragic death of his fiancée, David Knight has a dream – or is it a dream? In it, his dead girlfriend shows him a diagram of a time machine that he instinctively knows will work. Working in secret, he builds the machine and tests it several times only to find that some 1,000 years in the future, humanity has ceased to exist. As he works his way back towards the present, he sees scenes of death and destruction that horrify him. Knowing that he may be the only human alive who can intervene to save humanity, David travels into the past to discover the origins of Christianity and examine the millennia of religion-based conflicts that have plagued human history.

In his research in the past, he is shocked to learn there was no historical Jesus as described in the Gospels of Matthew, Mark, Luke and John. As he gets to know the four writers, he learns that Mark is leading a movement to help unify the Jewish people who are under the tyrannical rule of the Romans. Mark and his brethren are trying to help people see that there can be new life, rebirth and draws his character of Jesus as a human sent from God to save His people.

In helping them with their work, David sees a way to reveal the manuscript to his own time and if modern scientific research can confirm its finding, then the future of the human race has a chance of survival.

Returning to his real time, he puts in motion a series of events that he hopes will turn humanity away from the brink of extinction.

Debut novelist Dennis Sutherland is a retired Scottish Canadian, whose working life was mainly spent in insurance. He and wife Lilian have been married for more years than they wish to remember and having no family has given them time to pursue their varied interests. Dennis admits he’s laboured hard over his golf swing but the results do not match up to the effort. He likes to know how things work and with the tools he’s collected over the years takes pleasure in unraveling the innards of whatever he’s working on.