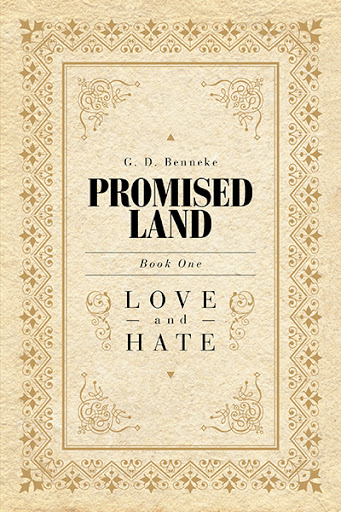 Promised Land recounts the fortunes and misfortunes of the fictional Buechler family as they struggle to build a life and a home in a new world. The story follows the family and their community through a tumultuous adolescence to maturity during the turn-of-the-century homestead rush in the western Canadian prairies.

Love and Hate finds Carl, the eldest, driven by necessity into the harsh climate and bitter conflict of the relatively unpeopled wilderness of the Assiniboia Territory. Carl finds love and security, cooperation and community amongst the brutalized people already there. He labours, struggles and suffers with them to build a home and a life for his desperate family who have nothing left but hope. Carl cannot fail; the consequences are too horrible to contemplate! He has promised and up until now, he has always kept his promises.

Gerald Benneke is a graduate of the University of Saskatchewan’s College of Education and has taught History and English at a number of locations in Saskatchewan before returning to the land as the fourth-generation operator of the family farm. The author’s farmstead lies in an area immersed in personal, territorial, and national history. A short drive takes him to the historic sites of Fort Riviere Tremblante, Fort Pelly, Fort Hibernia, Fort Livingston, the Crowstand Mission, and nearly forty of the sixty-one old world Doukhobor village sites. A bit further takes him to Cannington Manor, the Qu’Appelle Valley, Fort Carlton, and the battle sites of Duck Lake, Fish Creek and Batoche. A mile and a half from his door puts him on the old Fort Pelly-to-Yorkton trail.