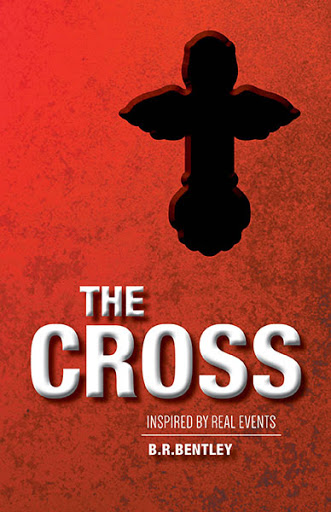 The Cross
by B.R. Bentley

After nearly 400 years, an emerald-encrusted gold pectoral cross belonging to the Catholic Church is discovered by two salvage divers off the coast of Bermuda. Carried by an Augustinian friar on the ill-fated Spanish galleon San Pedro, which sank in 1596, the cross contains a priceless hidden key.

Displayed in the Bermuda Maritime Museum since its discovery, it is not until Queen Elizabeth’s visit to the island nine years later that the cross in the museum is found to be a fake.

Who made the forgery and who stole the original cross? Who has the key and what is its significance to the Church?

Inspired by real events, the crime on which The Cross is based remains one of Bermuda’s greatest unsolved mysteries. Fact and fiction are skilfully woven together throughout this debut novel from author B. R. Bentley as the characters conspire to achieve their aims.

The author has lived in South Africa, Bermuda and Canada while enjoying a successful global career as a banker and finance executive. He is an avid scuba diver, sailor and occasional art collector.

Equally at home under the water off the coast of Bermuda, on the deck of his sailboat among the islands of the Pacific Northwest or enjoying the artwork in Madrid’s Prado Museum, B. R. Bentley has drawn on the knowledge gained in these world-wide recreational pursuits to facilitate the writing of The Cross.

With his first book in publication, he is currently working on a sequel.

He lives on the coast of British Columbia, Canada with his wife and their dog, cat and horse.