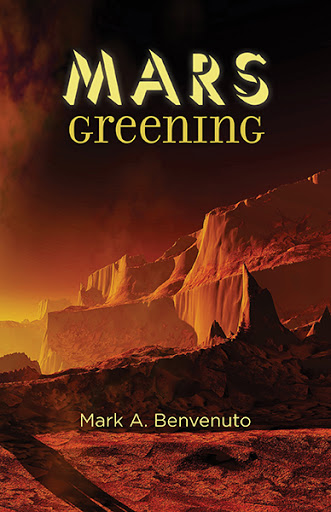 Mars Greening
by Mark A. Benvenuto

Human colonies have been established on Mars, after the first manned mission inadvertently began to terraform it. Young Tony Rust, a geosurveyor in the New Europa colony, has made a curious discovery, which at first glance seems to be of little consequence.

But has Tony stumbled onto something that could change both his home and his adopted planet forever?

Mark A. Benvenuto has spent numerous nights staring up at star-filled skies, first as a boy, and later with his own sons. His training as an inorganic chemist has linked well with his long-time fascination with Mars, and with the possibilities of humans eventually settling it as a second home.