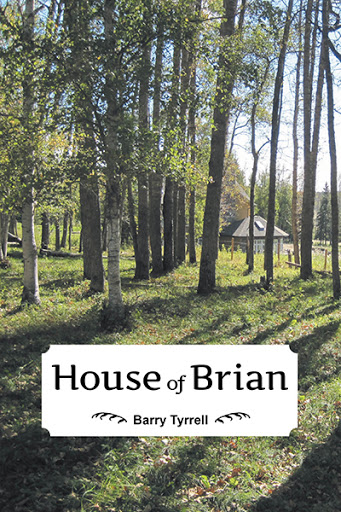 House of Brian
by Barry Tyrrell

This is a modern day story about an old man and a boy; their lives forever integrated by an accident and an evil doctor’s insatiable drive to unravel the mysteries of the human mind. The ensuing operation pushes the medical boundaries beyond moral and ethical limits. The end result is a situation in which a relatively mature individual is forced to cope as a young teenager in an inescapable dysfunctional family environment.

Deep family emotions grounded in despair and denial are uprooted and gradually exposed in unexpected hilarious twists and turns. A temporary unsettled peace culminates in another disaster.

Supported too by his rejuvenated family, the youngster’s startling wisdom and keen sense of humor serve to strengthen the relationships between the characters as the forces of good and evil wrestle for control of the ultimate prize - immortality

Born in Chesterfield, England. Immigrated with my family to South Africa and grew up in the sugar — cane fields of Zululand, on the wild north coast of the Indian Ocean.

Restless, and uncomfortable with the South African political system under ‘Apartheid’, I emigrated to Canada, and pursued a career in Engineering. My 30 — year career improved my imagination; it was no great leap from the boardroom to fiction.

In truth, this work started out as an autobiography: my adventures as a youth on the Zululand coast, but my imagination got the better of me and it quickly turned to fiction.

House of Brian will be available in the FriesenPress Bookstore soon.