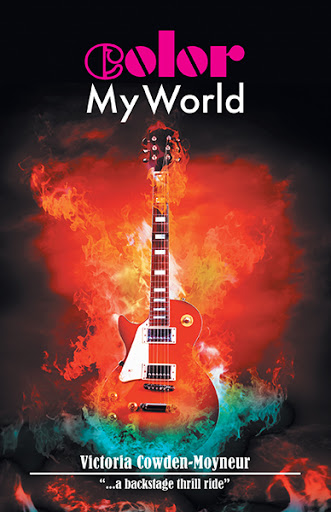 Color My World
by Victoria Cowden-Moyneur

It’s the summer of 1970, a time of free love and drugs in abundance. Rock superstar Mark Fleming and his band Harbinger, from the U.S., have just released their first album which is rapidly climbing the charts. Manager, Tony, has set up a road trip in Ontario in hopes of strengthening their Canadian fan base. Enter music lover and sweet but sexy, sixteen year old virgin Samantha Sullivan who lives vicariously through her two hardcore groupie friends Fran and Gail. When Mark and Samantha lay eyes on each other at Harbinger’s first gig in the small town of Sturgeon Falls two worlds collide as they realize they are Destined Lovers, an extremely rare form of love. When Mark’s ‘virgin baby’, as he calls her, gets an offer to pose for Playboy Magazine, can Mark accept her newfound fame or give her an ultimatum? Can they survive the maelstrom of groupies who lust after Mark including ex-girlfriend Cheryl and her psychotic boyfriend Jake and the ensuing tragedies that befall them?

Good old sex, drugs, rock & roll and the love story of the century make this novel a fascinating and compelling read. Color My World will leave you laughing, crying, sighing, and begging for more. Mark and Samantha will have you wrapped up in their crazy world in no time! 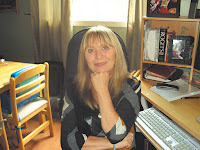 Victoria Cowden-Moyneur is married with a son, 2 step-children, and two beautiful grandchildren. She lives in Orleans, Ontario and has been writing poetry, short stories and novels for most of her life.