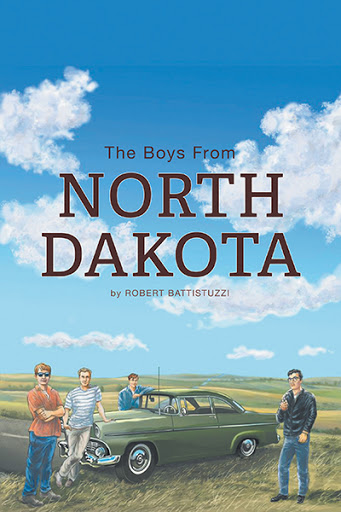 The Boys from North Dakota
by Robert Battistuzzi

It was prom night for the class of ‘65 in Wattinger, North Dakota. In just a few days the Road Demons, made up of Gerry, Randy, Art, and Bobby would be heading for the west coast to make big money as lumberjacks and leave a trail of broken hearts. This would be their last trip together before working towards their careers, perhaps moving to different cities. However, for Bobby, this trip is not a certainty. Things were much more simple for the others. He was the only one saving money for college and his strict father did not approve of the trip, especially with his friends whom he had felt were wasting their lives, spending too much money on their cars. Bobby was faced with the dilemma of trying to please his father, whose old fashioned ideals were in conflict with the American way of life, or going on this last trip with his friends. Would he show up with the others when it was time to leave? If he did go on the trip, what would happen if he returned with no money? 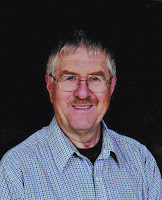 When I was a teen in Winnipeg, I hung out with Randy Bering, Art Kvern, and Gerry Parent. We lived close together on the same street and they formed a car club. I didn’t have a car, but they let me be part of it, joking that I’d have an Oldsmobile some day. When I was around 19 years old they went on a trip to Detroit Lakes, Minnesota, but I didn’t go because I had to work. That was the last time Gerry was part of any weekend trips with the group. Change was coming. After they returned, I started to think about guys going on a trip to California where things took place that beckoned them to return. The seed was planted for a story. It wasn’t until years later that I started putting things down on paper, then shelved it while my life was taking a new direction. Then, in early 2011, I pulled the pile of hand written and typed pages out of the cobwebs and decided to finish the story. By this time, my three children, David, Jonathan, and Carling, who had been involved in the fine arts, inspired me to bring it to conclusion.