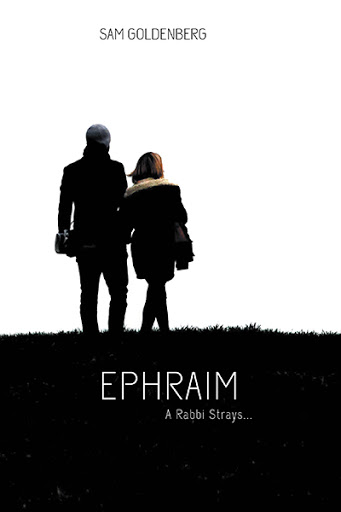 When twenty-seven-year-old Ephraim returns to Toronto from rabbinical school in New York, he’s looking forward to launching his career and then someday finding a devout young woman who’ll be happy to become his rebbetzin. However, his Uncle Avram has a different order of events in mind and schemes to introduce him to gorgeous Rebecca, a fiery, anti-secularist, who’s founding a school with an emphasis on Jewish tradition.

Despite her disapproval of Ephraim’s less rigid religious practices, Rebecca’s clearly interested in him romantically and she even invites him to join the faculty of her new school. Things appear to be going according to Uncle Avram’s plan…that is until Ephraim encounters Laura, a beautiful gentile who works at his mother’s shop. When he falls face-first in love with Laura, Ephraim is suddenly torn between the call of his heart, the expectations of his family, and the demands of a rabbinical career.

Nightly, he finds himself in ghostly debate with a thundering prophet Elijah, who in no uncertain terms lays out the Biblical argument against Ephraim’s love for Laura. As time goes on, complications continue to mount until a sudden, shocking event catapults Ephraim into a mystical time and place, where he will be forced to come to a final decision about his life.

Steeped in beautifully rendered Jewish history and populated with vivid and appealing characters, Ephraim-A Rabbi Strays... takes readers into a fascinating, magical reality of past and present, where one young man must choose between love and the demands of his faith.

With degrees in both Economics and English Literature, Sam Goldenberg enjoyed a business career on both sides of the Atlantic before taking up writing. His first book, Dawn, the Planet was published by Paradise Publishers in 2012. In writing Ephraim-A Rabbi Strays... Sam leaned heavily on his own personal experience in loving and marrying a non-Jewish woman. He and his wife, Rosemarie, live in Oakville, Ontario. They have been married more than fifty years.