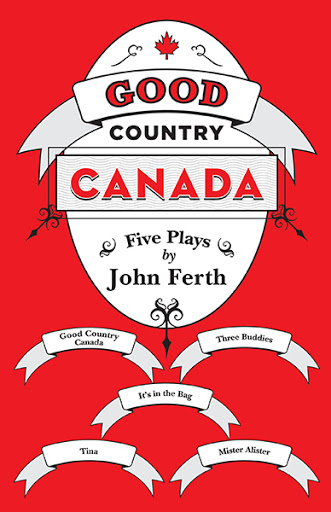 The Stage is our world. We play our part in it, within the time allotted to us. When the time is up - down goes the curtain.

Fate distributes the parts we play, we have no hand in the choosing. We are lucky sometimes.

Olga believes she was destined to be a bag-lady, living in doorways. On her hospital bed, anorexic Tina is convinced that nothing is wrong with her. If people would just mind their own business. The Three Buddies, living on skid row, try to survive the best they can. There are good moments. And to hope costs nothing.

One learns to accept the things one cannot change.

Mister Alister and Mister Pedro realize that sometimes there are Happy Endings, after all.

John Ferth was born in Hungary in 1928 and lived in the city of Pecs until the end of World War II. After the war, he left Hungary and lived in Germany and France, and in 1951 he settled in Canada. He has lived in Quebec City, Montreal, Vancouver, and the Yukon, and has worked as a laborer, miner, and salesman. A great enthusiast of early music, he runs his own music store in Toronto, where he has lived since 1962. He was married for 38 years to the late Pierrette Laberge-Ferth, well known editor, translator, and journalist.