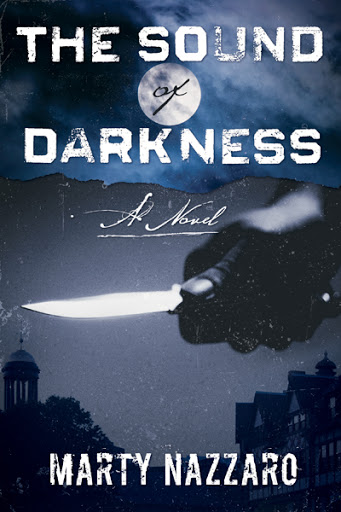 The Sound of Darkness
by Marty Nazzaro

A serial killer has come to town, but does anyone care?

The Trashman takes pride in each and every one of his kills. He is a meticulous planner and wants to provide a service that nobody else is willing to do. Each kill is for the greater good and he wants to make sure that his city appreciates it. The homeless, after all, don’t deserve to be in his city. Everything was going fine until he made one little mistake. It wasn’t even really his fault, sometimes sacrifices have to be made. If one innocent boy had to die, then so be it. He could live with that.

Hot on his trail are Detectives Suzanne Foley and DJ Reynolds. A seemingly odd couple who try to bring a quick resolution to the killings. Killings which are not condemned or publicized like most. As they fall deeper into the mystery of The Trashman, they are forced to confront their neighbors and their city in ways they never imagined. As the clues lead them to the identity of the Trashman, they will need to decide if they even want to know the truth.

Marty lives in the Adams Shore section of Quincy, MA along with his wife, Kathleen, and four children, Lindsey, Tim, Shane and Michael. With his four older brothers, Quincy is the city where he has grown up and through his novels, The City of Presidents and The Sound of Darkness, he tries to convey the feel of his home. A place that is constantly changing and growing making it exciting and vibrant. The beautiful coastlines and the lifelong friends he has made throughout the years holds him to the city.

He focuses his time concentrating on his Family and Friends. In his spare time he cheers on the Houghs Neck Manets along with the rest of neighborhood.